Man Breaks Into Five Guys Restaurant and Cooks Himself a Burger

Authorities are on the hunt for a man who broke into a fast-food restaurant in Washington, D.C. to make himself a burger, police said Sunday.

The suspect, who was captured on surveillance camera cooking a bite to eat, had followed a delivery man into the Five Guys and waited until the employee left before firing up the grill, according to the Metropolitan Police Department and ABC News. He can be seen talking on his cell phone while walking around the kitchen.

Police said he “rummaged through the establishment, cooked food, and stole bottled water before leaving the restaurant.” The incident happened early Friday between 3 a.m. and 5 a.m., police said. 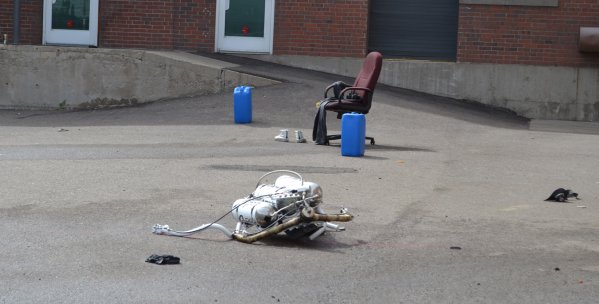 Jetpack Company Executive Injured After Crashing During Test Run
Next Up: Editor's Pick