Donald Trump’s effort to reset his campaign following defeat in Wisconsin showed no signs of paying off this weekend, as a series of technical failures by his campaign set his hopes back even further.

From Thursday to Saturday, Trump suffered setbacks in Colorado, Iowa, Michigan, South Carolina and Indiana that raise new doubts about his campaign’s preparedness for the long slog of delegate hunting as the GOP race approaches a possible contested convention. He lost the battle on two fronts. Cruz picked up 28 pledged delegates in Colorado. In the other states, rival campaigns were able to place dozens of their own loyalists in delegate spots pledged to Trump on the first ballot. This will matter if Trump fails to win a majority of delegates on the first ballot in Cleveland, as his delegates defect once party rules allow them to choose the candidate they want to nominate.

Trump’s campaign mounted a haphazard campaign for delegates in Colorado, where hundreds ran to be at large representatives in Cleveland at the state convention in Colorado Springs. The frontrunner’s advisers repeatedly instructed supporters to vote for the wrong candidates—distributing the incorrect delegate numbers to supporters. Cruz, who traveled to address the convention, swept the state’s 34 delegates on the back of a disciplined organizing effort, that included text message and video displays advertising his preferred slate.

In an appearance on NBC’s Meet The Press, Paul Manafort, the DC lobbyist-turned Trump convention manager accused Cruz’s campaign of engaging in “Gestapo tactics” as it looks to use the party rules to its fullest advantage, before trying to brush off the series of defeats.

Manafort has been tasked with professionalizing the ad hoc Trump organization and refocusing it around winning delegates. It’s a task that in many states is already too little, too late, as Trump has sacrificed delegate slots to rivals due to a lackluster organizing, or just apathy.

In Indiana, which holds its primary next month, Trump suffered setbacks even before the first vote was cast. Party leaders met across the state on Saturday to select three delegates from each of the state’s nine congressional districts. Nearly all of those selected are expected to be solidly anti-Trump. While Trump’s campaign encouraged supporters to apply to become delegates, the process is run by the GOP establishment, which has not warmed to the front-runner.

“The way the system works is, there are people who are involved, people who are known quantities, and that makes them more likely candidates to get these appointments,” said Thomas John, the GOP chair for the state’s 7th congressional district. State GOP leaders will select the statewide delegates at a meeting Tuesday, which is likely to have the same result.

In Iowa, where Cruz won the caucuses, he was able to pad his victory in the state’s district conventions by installing loyalists in all but one of the delegate slots up for grabs. Should the convention reach a second ballot, several delegates pledged to Trump would flip to Cruz.

And in South Carolina, where Trump swept the state’s 50 delegates, he lost five of six delegate slots in two congressional district conventions, eating further into his potential second-ballot support.

Trump took to Twitter Sunday to complain about what he called “unfair” efforts by the Cruz campaign.

In Michigan, where the state held its GOP convention in Lansing, Cruz’s campaign believes they have installed loyalists in about five delegate slots among the 25 delegates pledged to Trump.

The one glimmer of hope for Trump is that Cruz’s forces grew “greedy” in Michigan, according to John Kasich’s campaign manager John Weaver, which backed away from a proposed agreement with the Texas senator’s delegates to join with Trump to split assignments on the crucial convention committees.

The organization troubles don’t bode well for Trump in the rash of state and district conventions that will select more than 1,200 national convention delegates in the coming months. It also raises questions about Trump’s prospects in Wyoming, where the state convention will elect 14 delegates on Saturday. And while Trump is performing well in polls in Pennsylvania, 54 of the state’s delegates are elected directly on the ballot, posing another organizational test by Trump to ensure his supporters know for whom to vote. 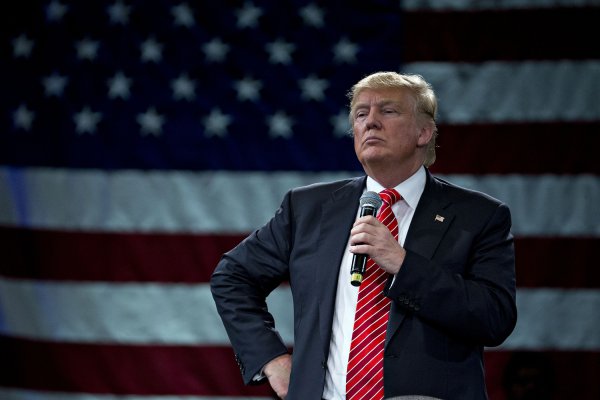