How Ireland's 1916 Easter Rising Has Been Commemorated Over a Century

Wrecked buildings on the corner of Sackville Street in Dublin during the Easter Rising of 1916.
Hulton Archive / Getty Images
By Fearghal McGarry

Perhaps the most controversial aspect of the Easter Rising of April 24, 1916, was its legacy. The War of Independence and the Civil War were profoundly shaped by the legacy of 1916. Violence against the British authorities may have occurred regardless of the Rising—the anti-insurrectionary Volunteer leadership had always been clear that conscription would justify an armed uprising—but the nature and objectives of that war would have differed from the one that did take place. When Irish separatists finally united, the party that emerged from the October 1917 convention was not a reinvigorated version of Arthur Griffith’s Sinn Féin but a new revolutionary movement formally committed, in de Valera’s words, to achieving an Irish republic as ‘a monument to the brave dead’. Had the insurrection not occurred, Irish nationalism would not have united under the banner of republicanism, the most extreme and least attainable of the various political outcomes advocated by militant nationalists. It was the Easter Rising that brought republicanism from the margins to the mainstream of Irish nationalism.

The Irish Civil War of 1922–3 occurred as a direct result of Sinn Féin’s commitment to the objective of the Easter Rising. An Irish republic, as Griffith had warned, was only attainable if separatists could defeat the British Government. By the time the leadership of Sinn Féin and the Irish Republican Army came to accept that military victory was not possible, the Republic had been elevated to more than a mere political objective. IRA members had sworn an oath, not to achieve an Irish republic but to defend the living Republic that had been proclaimed in 1916 and established by the Dáil government in 1919. Opposition to the Treaty, as the Dáil debates illustrated, was based less on its political flaws than its moral and spiritual illegitimacy; as de Valera put it: ‘the people had never a right to do wrong’. Although its timing and scale were contingent on circumstances, the Civil War was an inevitable consequence of the legacy of the Rising.

Following the Civil War, the legacy of the Easter Rising—in southern Ireland at least—proved less dramatic. Although southern politicians remained committed to achieving a republic, which was finally proclaimed on Easter Monday 1949, the accusation that they had failed to live up to the ideals of the Proclamation was increasingly voiced. Independence did not deliver the objectives for which the rebels had sacrificed themselves: a united, Gaelic, republic. Consequently, the importance of the Rising stemmed more from its place in the fragmented political discourse of independent Ireland, its function as a marker of the identity of the State, and a symbol of its contested legitimacy (a legitimacy coveted by both sides of the Civil War divide). The Rising became an important date in the national calendar but its formal commemoration by the State, almost invariably boycotted by some of the relatives of the executed leaders, opposition parties, and die-hard republicans, was often characterized by discord and embarrassment.

By the fiftieth anniversary, modernizers such as the Taoiseach Seán Lemass were attempting to fashion the legacy of 1916 into a more constructive patriotism that would emphasize social and economic aspirations rather than nationalist grievances.

Their efforts were derailed by the renewal of political violence in Northern Ireland in the late 1960s. The three decades of sectarian conflict that followed both intensified and complicated the re-evaluation of the Rising that had already begun. Northern violence raised difficult questions about the Easter Rising, which were sharpened by the Provisional IRA’s desire to claim its legacy to legitimize its own struggle. Was the use of violence by a minority which lacked a democratic mandate legitimate? Southern politicians struggled to explain convincingly why elitist violence in pursuit of a united Irish republic was justified in 1916 but immoral after 1969, and the State’s glorification of past republican violence was seen by some to conflict with the increasingly urgent imperative to prevent the Troubles from contaminating the south. An influential section of opinion—including some politicians, intellectuals, and historians—resolved this dilemma by repudiating the actions of the Easter rebels. Others responded, if not by disowning the Rising, then by marking it in an increasingly muted fashion.

The Irish Government suspended the annual military parade on O’Connell Street in the early 1970s, while Sinn Féin’s attempt to mark the sixtieth anniversary outside the GPO was proscribed under the Offences against the State Act. The Easter Rising’s stock reached a nadir on the seventy-fifth anniversary. Against a backdrop of relentless sectarian violence, press coverage of the event was dominated by an emotive debate as to whether the Rising should even be commemorated, the Government opting to do so in a notably half-hearted fashion. Inevitably, the faltering success of the northern peace process brought with it a gradual rehabilitation of the Rising: the Government marked the 80th anniversary with a formal ceremony at the Garden of Remembrance in Dublin, the between-ceasefires Provisional IRA by planting a thirty-pound bomb on Hammersmith Bridge. The ninetieth commemoration witnessed the largest and most popular commemoration since 1966, its success a consequence not only of the Belfast Agreement but the confidence instilled by the prosperity of the Celtic Tiger. Despite some criticism of the reinstatement of the annual military parade (with an anachronistic North Korean-style display of military hardware), and a strained attempt by the head of state to depict ‘the heroes of the Rising’ as modern democrats, most observers and participants felt that the occasion was marked by a patriotism that was conciliatory and dignified rather than narrow and triumphalist.

In Northern Ireland, commemoration of 1916 could never have been mistaken for nostalgic re-enactment. For the IRA and other militant republicans, the excesses of the golden jubilee demonstrated how a complacent southern State had turned its back on the revolutionary ideals of the Rising, not least its anti-partitionism. Although the claim that 1966 was a significant factor in the outbreak of northern violence is not convincing, the jubilee proved as useful a mobilizing opportunity for republicans as the commemoration of earlier insurrections had for the rebels of 1916. Among the colour party which led a ten-thousand-strong parade to Casement Park in west Belfast was a seventeen-year-old barman, Gerry Adams, who would rise to international prominence as the leader of the latest reincarnation of physical-force republicanism dedicated to completing the objectives of the Rising. Although the Provisional IRA’s long campaign of violence failed to achieve that republic, the Rising continues to retain a political significance no longer a feature of southern Ireland. Election literature for the largest nationalist party, Sinn Féin, continues to urge voters to support it on the grounds of its adherence to the goals of 1916, while its objective of unification by 2016 has only recently, and very quietly, fallen by the wayside. 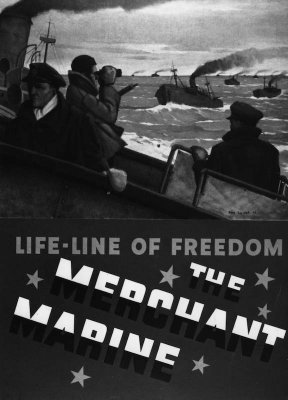 World War II Shows Why We Need the Merchant Marine
Next Up: Editor's Pick