This ‘Age Suit’ Simulates What it's Like to Grow Old

The team of three so-called “suit wranglers” told me to relax as they strapped me into the contraption, but the heart rate monitor attached to my finger gave away the fact that I was a little uncertain as to what I had gotten myself into last week.

“Do you normally have a high heart rate?” one technician inquired.

During a visit to the Liberty Science Center in Jersey City last Thursday, I had happened across a preview of a new exhibit that was opening to the public the next day, Friday, April 1. The exhibit, The Genworth R70i Aging Experience, featured the just-unveiled Genworth R70i Age Suit – an augmented reality suit that simulates the sensory impairments that come as people age.

The high-tech suit I was being strapped into was created by Applied Minds co-founder and inventor Bran Ferren, who partnered with Genworth Financial to create it with the goal of sparking a conversation among young people about aging and senior care. Ferren was present for the preview event.

Apparently from my elevated heart rate, I was a bit nervous to be inside the suit, which was designed to give the user the sensation of rapid aging complete with vision disorders and joint pain.

After the exoskeleton frame was secured on my body, it was unhooked it from its rack, which immediately put about 40 pounds of pressure on my body to simulate muscle loss.

And that was just beginning.

From there, earphones and goggles were put on my head to demonstrate the hearing and vision difficulties senior citizens experience on a daily basis. With the assistance of the “suit wranglers,” I was trotted out to the audience, who was able to view what was being done to me through LED light-up components on the suit.

The Aging Experience exhibit, open through Sunday, April 10, uses technology to help people “step into their future selves” and experience the physical effects associated with aging. The exhibit is meant to encourage visitors to take care of their bodies before the damage is done, as well as to plan ahead for some of the inevitabilities of aging.

Candace Hammer, one of the brand ambassadors who host the exhibit, said Genworth, which sells life insurance, wanted to support the educational experience so center visitors could have the empathetic and kinesthetic experience of what it would be like to age.

“We want people to have a conversation on what it’s like to age. It’s the touchiest of conversations. Most people will do anything not to have to discuss it, because it is kind of facing your mortality in a way,” she said. “So we are trying to make this conversation come with ease so it can be something like, ‘Hey, I saw this robot …’”

Hammer said Genworth wants to make sure people are financially sound but also planning ahead for long-term care, which can be a huge cost.

“Who wants to go down that path before they have to? But when they are at that stage, they really wish they would have planned ahead,” she said, adding that perhaps it will also allow younger people to understand that choices they make now have lasting effects.

The volume of music in ear buds used with most mobile devices today can damage hearing, but few people take it seriously until they begin to have symptoms like tinnitus, which is a constant ringing in the ears, she said.

When the staff simulated tinnitus while I was in the suit, I found it difficult to concentrate and struggled to answer simple questions or to recite “Mary Had a Little Lamb” for the audience.

I was then asked to walk on a treadmill while my joint mobility was restricted. The experience was truly eye-opening for me as to what a struggle every day must be for folks who suffer from common joint ailments. I couldn’t wait to stop walking.

Once I was out of the suit, Liberty Science Center Chief Executive Officer Paul Hoffman told me that the experience I had was precisely what they hoped other visitors would have.

“We have this social issue, and that is that we don’t talk about aging,” Hoffman said. “It happens to all of us, but it is a very difficult thing to talk about and to get prepared for. I thought this was incredible because it is a visceral experience that makes you more empathetic – which is a lot more effective that lecturing someone like, ‘Maybe you should treat your body better,’ or maybe ‘Give Grandma a little more time because she really can’t walk as fast as you. It’s not because she’s being obstinate.’”

Hoffman said he was thrilled to offer the East Coast debut of the suit at the center. The exhibit, which was first unveiled at the International Consumer Electronics Show in Las Vegas in January, features some of the most advanced material science, robotics and biofeedback technology on the market today, he said.

“That’s what I’ve been trying to bring to Liberty Science Center – technology that is so cutting edge. Right now this is the only place you can come see it. It’s a one of a kind,” he said.

Laura Stetser is a full-time reporter and mother of two school-age children. She lives in southern New Jersey and writes forwww.shorenewstoday.com. Connect with her Facebook and Twitter@TheMomsBeat or via email at laura.stetser@catamaranmedia.com.This article originally appeared on Shore News Today 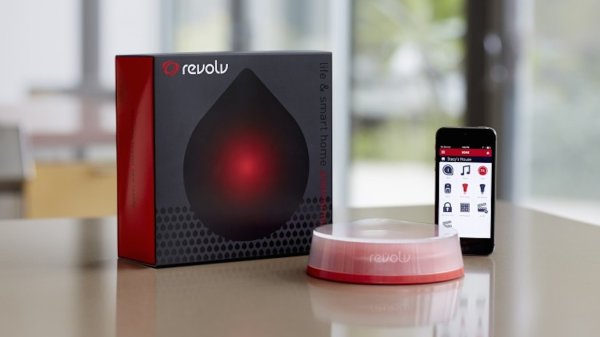 How Google's Nest is Handling the Controversy Around the Product it Just Shut Down
Next Up: Editor's Pick