April 12 marks Equal Pay Day—symbolizing how far into the year women have to work on average before their earnings catch up with what men earned in the previous year. Women in the U.S. are still typically paid just 79 cents for every dollar earned by men, despite the fact that the Equal Pay Act was enacted in 1963.

While you have probably heard the 79 cents statistic before, there are a whole host of other, equally worrying numbers surrounding the pay gap and the plight of working women in the U.S. that might not be so familiar.

For example, the gender pay gap grows considerably with age, with women ages 55-64 earning just 76% of what their male peers are paid.

According to the 2016 American Association of University Women (AAUW) report, ‘The Simple Truth about the Gender Pay Gap,” race also plays a major role in the pay gap. In 2014, Hispanic and Latina women earned just 54% of what white men earned, American Indian and Alaska Native women just 59% and African American women 63%. White women, by comparison, earned 78% of white men’s earnings.

There is also a stark difference between the earnings of mothers and fathers—while we mark Equal Pay Day in April for all women, if we were to compare the pay of parents, moms’ equal pay day would take place in early June, as it would take them nearly six extra months to earn what fathers earn in just one year. While working mothers earn less than childless women on average, men who become fathers actually earn more and are more likely to be hired than childless men.

Earnings also vary considerably between different fields, with women in financial management, for example, earning on average just 67% of what their male peers are paid. Traditionally female-dominated fields are often worse paid and less respected than those dominated by men. When women move into male-dominated occupations however, research suggests that rather than solving the problem, those fields tend to become less respected and lower paid as a result.

Contrary to one common argument, the pay gap cannot simply be explained by “women’s life choices.” (Indeed, even if it were, the explanation is inadequate: why should we accept the fact that having a child should have a negative impact on women’s careers and earnings, but not on men’s?) This myth was exploded by the AAUW in its 2012 report: “Graduating to a Pay Gap: The Earnings of Women and Men One Year after College Graduation.” The report revealed that just one year after graduation, when many people have yet to think about starting a family, women working full time were paid, on average, just 82% of what their male peers earned.

All this adds up. Analysis by the National Women’s Law Center suggests that the average American woman will earn about $430,000 less than a man over a 40-year career. For African American women the losses mount to $877,480 and for Latinas they stand at over $1 million.

But perhaps the most depressing statistic of all is this one, from the National Committee on Pay Equity: In 2006, women earned on average 77 cents for every dollar men earned, meaning that the gender pay gap has barely budged in a decade. Despite the fact that the AAUW and others have called for initiatives like salary audits, flexible working hours and the implementation of the Paycheck Fairness Act, concrete measures that might help close the gap have not yet been widely implemented. In 2015, the Institute for Women’s Policy Research estimated that it will be 2059 before women receive equal pay.

So get your party hats ready for a big celebration, ladies—in just 43 years’ time. 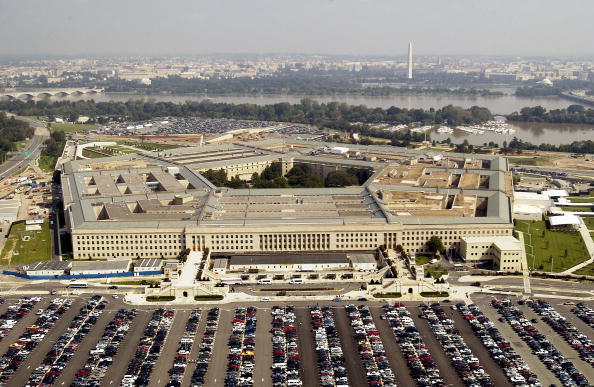 Uncle Sam Wants You to Hack the Pentagon
Next Up: Editor's Pick