Warren Buffett, chairman and CEO of Berkshire Hathaway, and consistently ranked among the world's wealthiest people, in an interview with Squawk Box on Feb. 29, 2016.
CNBC—NBCU Photo Bank via Getty Images
Ideas
By Jeremy Miller
Jeremy Miller is an investment analyst and author of Warren Buffett's Ground Rules.

Warren E. Buffett was just 25-years-old in 1956 when his hero, Benjamin Graham, the lauded founder of value investing, decided to retire. While matriculating at Columbia University Business School, Buffett had been Graham’s best student, receiving the only A+ in his investments class. A few years after, Buffett had become the star employee of his professor’s investment firm, Graham-Newman. Before he retired, his mentor offered his portion of the firm to Buffett, who respectfully declined, opting to return home to Omaha, Neb., instead. That moment marked a major turning point in Buffett’s professional trajectory. Dawn was about to break on his own investment partnership—one of the most financially productive endeavors of the great investor’s entire career.

Back in Omaha, Buffett’s college roommate, his father-in-law, his aunt Alice, and a few other relatives and friends approached him about managing their investments for them. Being asked (as opposed to being the one doing the asking) allowed Buffett to set the terms of his approach to investing, which he called his “Ground Rules.” Gathering the group at the Omaha Club for dinner (everyone went Dutch), he said: “These ground rules are the philosophy. If you are in tune with me, then lets go. If you aren’t, I understand.”

Over the course of the next 12 years, Buffett continued to articulate and refine these ground rules through a series of letters he wrote to investors in what came to be called the Buffett Partnership. Of all of ground rules, one stands out as particularly helpful to almost anyone:

Here in 2016, with the Internet and the 24-hour news cycle, it’s easy to be lured into thinking that every view needs to be short-term and of-the-moment. It would be easy to discount Buffett’s penchant for the long view and his recognition that there are simply a great many things that we have absolutely no clue about, but that would be a mistake, an unhealthy impulse worth guarding against.

To his enduring credit, Buffett understood early that it’s impossible to consistently and accurately predict where stocks or markets are likely to be tomorrow, next week, next month, or even next year (or the year after that)—so why bother? If something’s not worth doing at all, then it’s certainly not worth doing well.

Expanding on the point, in a 1966 letter gently chiding partners for their concerns and uneasiness about the level of markets at the time, Buffett warned:

Investors would be wise to keep Buffett’s advice in mind today. There is no shortage of people in this world with something to gain by your activity, more than willing to speak with great conviction and seeming authority on what’s going to happen in the near future. Their message is often a call to action, and often such action is to their benefit. Most often, their forecasts about the future prove to be as useful as a coin toss.

Just think about what you might have heard recently about the outlook for stocks: Now is (or isn’t) a good time to be in them because of what the Federal Reserve is going to do, because of the outlook for the Chinese economy or the price of oil, or the dollar, or the season (i.e., May is a bad time to buy stocks), or the celestial positioning of Mars in the current orbit … the list could go on forever.

In many ways, this particular Buffett ground rule on admitting what you don’t know and being OK with that is a referendum on market pundits, but it can also serve to liberate investors, allowing them to tune out the noise generated by all this short-term-ism. After all, in the short term, markets can do anything—often behaving in ways that appear random. Recognizing this—and being prepared for it—is essentially the price of admission for true investors.

Obviously if a 20-30% drop in the value of your securities is going to cause you hardship or distress, you simply shouldn’t have the money in stocks in the first place. But, if you embrace long-term thinking, you’ll be able to weather the kinds of inevitable, unpredictable storms that have always characterized the investing landscape. The brilliant thing about Buffett’s advice is that it stands the test of time—and so can your portfolio if you take this ground rule to heart. 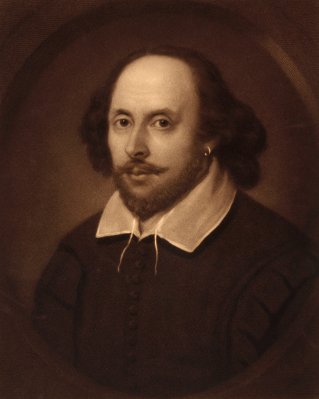 Here Are Shakespeare's 15 Most Beloved Quotes
Next Up: Editor's Pick