Though Saudi Arabia’s plan of a $2 trillion fund exudes power and confidence, raising a megafund of that size is practically next to impossible, unless crude oil prices see a significant appreciation or Saudi Arabia plans to sell a higher portion of Aramco.

The Saudi Deputy Crown Prince Mohammed bin Salman has outlined ambitious plans for the future of the Kingdom in his five-hour long interview with Bloomberg. He wants to reduce Saudi Arabia’s dependence on oil; however, there are numerous hiccups to his proposed plans.

Saudi reserves are depleting at a fast pace

From its peak in 2014, the Saudi reserves have depleted by a whopping $150 billion. In 2015 alone, the Kingdom consumed $115 billion in reserves, when the crude oil prices averaged $48.67 per barrel. Even in January 2016, the FX reserves dropped by more than $14 billion, according to the HSBC economists Simon Williams and Razan Nazzer, as reported by the business insider.

Oilprice.com: Is A Permanent Decline Coming For Russia?

If the reserves drop below a critical level, Saudi Arabia will be unable to maintain the riyal’s peg to the U.S. dollar. Abandoning the peg will usher in a different set of problems, which the Kingdom cannot afford.

Aramco might not command a valuation of more than $2.5 trillion

Prince Salman expects to raise large sums from the sale of 5 percent in the flagship Saudi Aramco. There is no doubt that Aramco will be valued astronomically; after all, it pumps 10 million barrels per day, which is the equivalent of what all the companies combined in the U.S. pump each day. However, it is difficult to arrive at a valuation for the crown jewel of Saudi Arabia.

Aramco also has roughly 260 billion barrels of oil reserves. Considering a $10 per barrel valuation of the reserves, Aramco will be worth more than $2.5 trillion. As the Prince plans to divest only a 5 percent stake in the giant, it turns out to be closer to $125 billion, which is roughly equal to the amount of reserves that Saudi Arabia drew from its foreign reserves in 2015 as a result of low oil prices.

Thus a 5 percent stake sale in Aramco will only replenish the foreign reserves used up in a single year.

Oilprice.com: Why Oil Prices Will Rise And Many Pundits Will Be Caught By Surprise

Though a few might argue that a $10/b valuation is too low, a comparative study of the other existing state-run oil companies shows a similar valuation across the board. The Russian Rosneft OAO, which pumps 5 million barrels a day, has a market capitalization of $35 billion. Similarly, Petroleo Brasileiro SA, which controls a large part of the Brazilian oil, is valued at $23 billion. Only the Chinese companies such as PetroChina have higher valuations.

Hence, generating $2 trillion in the next few years by selling only 5 percent in Aramco, especially with oil at such low levels, will be a tall ask.

Though the plans of the Saudi Arabian deputy crown prince seem to be heading in the right direction, oil prices and valuation mathematics don’t seem to be supporting them. If the market values Aramco close to $2.5 trillion, it will dwarf Google and Apple by a huge margin, but this valuation will not fetch the Kingdom sufficient money for it to launch a $2 trillion fund. We will get more clarity when the Kingdom lays down its concrete strategy. 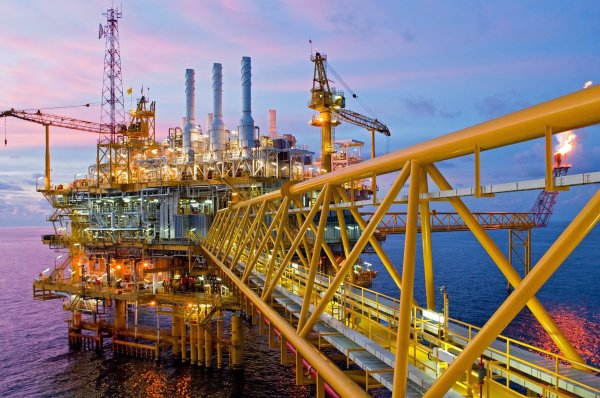 Russia's Oil Industry May Be Facing a Permanent Decline
Next Up: Editor's Pick