American helicopters land at Khe Sanh base on the Laos border on Feb. 1, 1971 after it was "reactivated" following a Vitcong offensive in Laos.
AFP/Getty Images
Ideas
By Andrew J. Bacevich
Andrew J. Bacevich is professor emeritus of history and international relations at Boston University. His new book is America’s War for the Greater Middle East: A Military History.

In late 1967 and early 1968, members of the press along with much of the nation as a whole were fixated with this question: Can Khe Sanh hold out?

Khe Sanh was a Marine base in the northern part of South Vietnam, completely surrounded by North Vietnamese forces. Enemy troops besieging the American garrison outnumbered the defenders by as much as three-to-one. Preoccupation with the fate of Khe Sanh fueled intense speculation that here the war’s very outcome was on the line. The battle there was shaping up to be “the biggest of the war,” TIME reported on Feb. 2, 1968. Comparisons with Dien Bien Phu—where defeat in 1954 persuaded the French to quit Indochina altogether—were rampant.

In the event, the Marines held. After weeks of bitter fighting, the siege was lifted. Having prevailed, the Marines soon thereafter departed the scene. Even so, the April 12, 1968 issue of TIME included a dispatch applauding the “Victory at Khe Sanh” that U.S. forces had won.

That tactical success—as with many others achieved by U.S. forces during the course of a very long and brutal war—proved hollow. The Americans never did suffer a defeat comparable to Dien Bien Phu. But they lost their war just as conclusively as had the French. In the end, the events at Khe Sanh proved beside the point.

In retrospect, it’s clear that observers back in 1967 and 1968 were asking the wrong question. The right questions—studiously ignored in policymaking circles—were these: Does the Vietnam War make sense? Is it winnable? If not, why are we there? Above all, does no alternative exist to the war’s further perpetuation?

In the case of Vietnam, the failure to pose such first-order questions—the tendency to mistake the merely important for the truly essential—allowed the bloodletting to drag on for several more years, at great cost and to no purpose.

Just shy of half-century later, in the midst of another long and brutal war, Americans find themselves in a comparable situation. In place of Khe Sanh, today we have ISIS. What to do about ISIS dominates the foreign policy “conversation”—to the extent that any such conversation can be said to exist. Can ISIS be defeated? Should the U.S. intensify its ongoing air campaign? Increase the number of U.S. advisers deployed in this latest iteration of a Gulf War? Once more commit substantial numbers of combat troops.

Meanwhile, questions of far greater moment get short shrift from policymakers and observers alike. Those questions track closely with the ones that back in 1967-1968 deserved attention—but received so little.

For several decades now, throughout much of the greater Middle East, the U.S. has conducted an ever-lengthening series of military campaigns large and small, brief and protracted, some seemingly successful and others obviously not. The list of countries in the region where U.S. troops have killed or been killed is impressively long. It includes Iran and Iraq, Kuwait and Saudi Arabia, Bosnia and Kosovo, Afghanistan and Pakistan, Lebanon and Libya, Sudan and Somalia, Syria and Yemen. In several of those locales, U.S. forces arrived, stayed awhile, departed and then reappeared for return engagements.

Along the way, they tried overwhelming force and shock-and awe. They invaded, occupied and took a stab at nation building. They experimented with counterinsurgency and counterterrorism, regime change and decapitation, peacekeeping and humanitarian intervention, retaliatory strikes and preventive attack. They operated overtly, covertly and through proxies. Almost certainly they went places and did things about which the American public today remains in the dark.

Whether considered separately or collectively, none of these efforts produced the outcomes promised or expected. U.S. political objectives, whether defined as defeating terrorism, restoring stability, promoting democracy or reducing anti-Americanism, remain today unfulfilled. Indeed, victory is nowhere in sight. The “Mission Accomplished” banner may safely stay in storage.

What we have tried hasn’t worked. So today the questions that ought to engage the attention of Americans, both members of the political class and ordinary citizens, are these: Does this ongoing war in the Greater Middle East make sense? Is it winnable? And if it’s not, why are we there? Above all, what are the alternatives to the war’s further perpetuation?

As in 1967-1968, so, too, today, such questions go unanswered. Those who preside over the national-security apparatus possess neither the imagination nor the courage to address them. Those aspiring to lead the nation as commander-in-chief find it more expedient to ignore the recent past, while promising more war in the future. As for the rest of us, too few care enough to demand either an accounting or accountability. 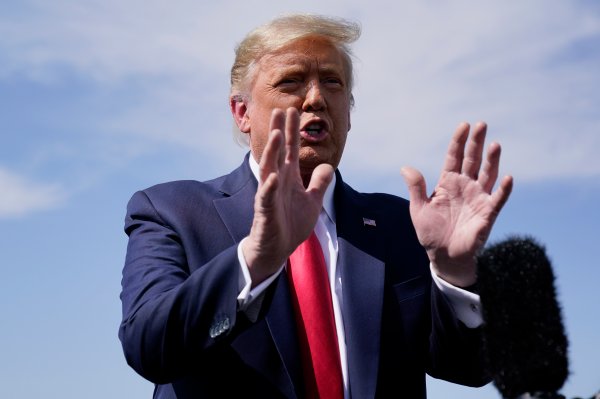 Trump: Sudan to Be Removed From Terrorism List
Next Up: Editor's Pick