Review: Louder Than Bombs Is a Subtle, Potent Family Drama

Jesse Eisenberg, left, and Devin Druid, right, in a scene from Louder Than Bombs.
The Orchard—AP
By Stephanie Zacharek

Most American directors wouldn’t dare make a movie about an upper-middle-class Scandinavian family and its problems. So you might ask why a filmmaker like Joachim Trier, who is Norwegian, would even try to scale an English-language drama (his first) about a well-heeled family living just outside of New York City, a group that’s been cracked apart by the lingering, seemingly insoluble effects of grief. But Louder Than Bombs, Trier’s third picture, is so emotionally forthright, and so delicately balanced, that you might just forget to ask why. It’s also rare for another reason: These days there aren’t many American filmmakers who bother to make—or are even able to make—family dramas for the big screen. “I want to kidnap the drama back from HBO and put it on the big screen,” Trier said in an interview last May. In a mainstream American movie landscape glutted with superheroes, those are practically fighting words.

Isabelle Huppert plays Isabelle, a photojournalist who has spent most of her working life in war zones. As the movie opens, she has already been dead for several years, and her husband, Gabriel Byrne’s Gene, is helping a gallery put together an exhibit of her work. Isabelle has also left behind two sons: Jesse Eisenberg’s Jonah has recently gotten a Ph.D., and he has a newborn child—he seems to be doing just fine, though later, an unspoken tentativeness about fatherhood begins to creep in. Jonah’s younger brother, Devin Druid’s Conrad, still in high school, is having a rougher time. He’s obsessed with virtual-reality gaming, he has a crush on a girl he can’t bring himself to speak to, and he believes he can work feats of magic that no one else can see. Gene worries about his younger son but can’t seem to reach him: He follows the boy and notes, with alarm, some of his weird behavior. What’s more, he has discovered that one of Isabelle’s old journalism colleagues (David Strathairn) plans to write a story about her that will include some secrets about the nature of her death, details Conrad doesn’t know.

As I’ve just laid it out, that sounds like a movie neither you nor I would probably want to see. But then, movies are often about so much more than what they’re about, and the riches of Louder Than Bombs—which borrows its name from a compilation album by The Smiths—lie in the way Trier reveals the secret fears and longings of nearly every character, showing, ultimately, that even when people fail to connect, that itself can be a kind of connection. Byrne plays Gene as a father who’s fairly vibrating with anxiety, knowing his younger son still needs his guidance and care, but flummoxed by the degree to which the boy has shut him out. Huppert’s Isabelle drifts in and out of the movie via flashback, a flesh-and-blood ghost: Jonah remembers her one way—in one flashback scene, she visits him at college, laughing and talking with his friends like a smart schoolgirl, even as she tries to hide an all-consuming anxiety. Conrad, who was only 12 when his mother died, sees her differently, remembering the time he made a dreamlike drawing of her just after she’d narrowly escaped being blasted to bits in a war zone and had come home to recuperate from her injuries—she praises the drawing, which shows her floating peacefully in the air, occupying an imaginary space between life and death. Somehow, her son has captured her recent experience simply and perfectly, and it’s proof of the unbreakable bond between them.

Louder Than Bombs, which Trier wrote with Eskil Vogt, is a story about a group of people whose feelings are all pointing in different directions, meeting one another halfway at times and zinging wildly off the mark at others. This isn’t as meticulously controlled a movie as Trier’s last, from 2011, the extraordinary Oslo, August 31st, a modernized adaptation of Pierre Drieu La Rochelle’s novel Le Feu Follet (also filmed by Louis Malle in 1963), which chronicles the last day in the life of a heroin addict. Though it’s a very polished piece of work in terms of its tone and subtlety of feeling, nothing in it comes together with a satisfying click.

Then again, in life, the click is elusive. In one of the movie’s most painful and beautifully wrought scenes, social oddball Conrad allows his older brother to read his journal, a freeform document that details his most private feelings about his mother as well as the number of sheets of toilet paper he typically uses and the number of times per day he masturbates. Eisenberg’s Jonah is touched by what he reads, though later, he tries to dissuade his brother from sharing the diary with his cheerleader crush, explaining that his best bet is just to “lay low” until high school and its horrors have passed. It’s terrible advice and sound advice, the kind family members give when they know they need to step in but aren’t quite sure how to help—and it also reveals something about Jonah’s own conflicted feelings about being a brother, a son, and a father.

And Huppert’s Isabelle, appearing in a flashback, has a stunning voiceover in which she describes the confusion of never feeling she’s in the “right” place, whether it’s a war zone or the home front. She talks about being away at work and aching to be home, only to have to re-familiarize herself with her loved ones every time she returns. “They can’t see how much they’ve changed,” she says, with a sense of both wonder and mourning in her voice. Louder Than Bombs ties nothing together in the end, but it leaves you with an unshakable sense of having lived with these people for a time, of being drawn in close by their worries and their joys. In their lives, as in ours, there are no real solutions, other than the sometimes seemingly impossible act of just moving forward. 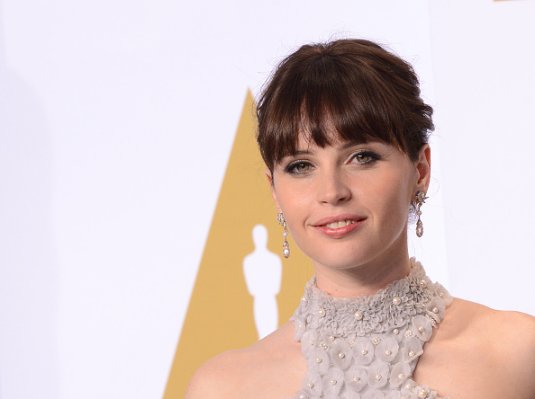 Here's How the Internet Reacted to Rogue One: A Star Wars Story Having a Female Lead
Next Up: Editor's Pick