President Obama was back on his home turf on Thursday making the case for his Supreme Court nominee Merrick Garland, whom he called an “indisputably qualified” candidate for the position.

“Merrick Garland is an extraordinary jurist who is indisputably qualified to serve on the Supreme Court,” Obama said that the University of Chicago Law School, where he once taught. “Why is it so hard for this guy to get a hearing and a vote?”

Garland and the president are facing an uphill battle to his confirmation; though Republican Senators are beginning to schedule meetings with Garland leaders have held they will not hold hearings or a vote. Obama specifically called out Senate Majority Leader Mitch McConnell for obstructing the process while warning that this fight could have a dire impact on the judicial process.

Obama said that if the system becomes “so broken so partisan that an imminently qualified jurist can not even get a hearing” that “we are going to see the kinds of sharp, partisan polarization that have come to define our electoral politics seep into our judicial system.”

“I think it is perfectly acceptable for Republicans to decide … that I don’t agree with him on XYZ and I’m going to vote against him. What’s not acceptable is not giving a vote, not hearing from him, not meeting with him,” Obama said Thursday. “Or to essentially say that we are going to nullify the ability of a president to make an appointment. That is where you have a process foul that corrodes the ability of the court to function.”

Both Obama and Garland, the chief judge on the U.S. Court of Appeals in Washington, call Chicago home. The University of Chicago Law School, nestled at the southern tip of the South Side neighborhood where the Obama’s own a home, is familiar territory for the president. For more than ten years, President Obama taught Constitutional Law at the school. On Thursday, his professorial side was on full display during the afternoon event.

The president was greeted with applause and smartphone pics when he greeted students in the event’s “overflow room.” He was questioned about the future of criminal justice reform and the Democratic Party when the floor was opened to students in the audience. He actively encouraged students to pursue careers in public service, joking that he had come to the school to recruit them.

But he also was questioned about why he didn’t nominate a person of color or a woman to the bench, as many civil rights organization had hoped he would do in his last nomination. He, in turn, defended his judicial appointments which have resulted in many women and people of color getting seats on federal benches.

“At no point did I say I need a black lesbian from Skokie, [Ill.] in that slot, can you find me one,” he added. “That’s just now how I approached it.” 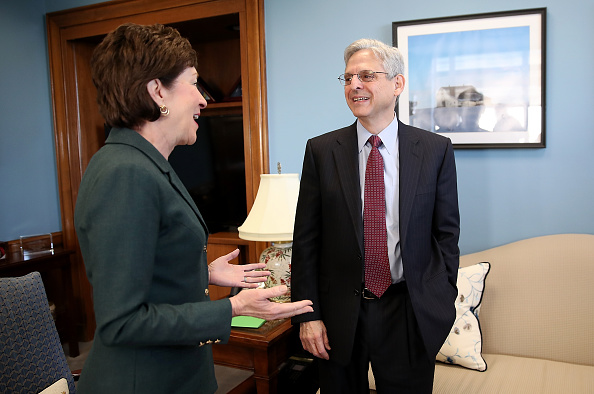