HBO released the synopsis and title for the season six premiere of Game of Thrones on Thursday, revealing some significant details about what’s in store for the habitants of Westeros. Dubbed “The Red Woman,” the episode’s official description reads, “Jon Snow is dead. Daenerys meets a strong man. Cersei sees her daughter again,” foretelling a focus on three major storylines that are carrying over from last year.

This narrative is reinforced by a new summary of the season as a whole. “Following the shocking developments at the conclusion of season five, including Jon Snow’s bloody fate at the hands of Castle Black mutineers, Daenerys’ near-demise at the fighting pits of Meereen, and Cersei’s public humiliation in the streets of King’s Landing, survivors from all parts of Westeros and Essos regroup to press forward, inexorably, towards their uncertain individual fates,” it reads. “Familiar faces will forge new alliances to bolster their strategic chances at survival, while new characters will emerge to challenge the balance of power in the east, west, north and south.”

But while Daenerys’s encounter with the Dothraki and Cersei’s reunion with her (now-dead) daughter, Myrcella, will definitely be points of interest, many fans’ main concern lies in learning what’s really going on with the supposedly deceased Lord Commander of the Night’s Watch. Assuming that the episode title is referencing Melisandre — who is currently holed up at Castle Black along with Jon’s dead body – it seems that viewers may get their answer pretty quickly. 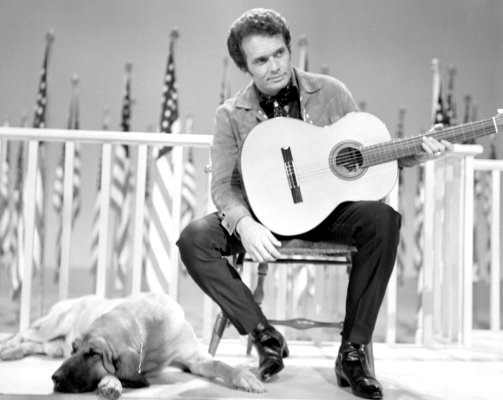 Merle Haggard Captured America's Spirit with Grit and Integrity
Next Up: Editor's Pick