Rumors of God’s Death Have Been Greatly Exaggerated

The April 8, 1966 cover of TIME
TIME
Ideas
By Christopher J. Hale
Hale is a Democratic politician from Tennessee; he has been a Catholic nonprofit executive and helped lead faith outreach for President Barack Obama.

With these words 50 years ago, TIME published one of its most famous and controversial covers. The question was placed in distinctive red text against a simple black background. At the time, it was the first cover during Time’s 43-year history to appear without a photograph or illustration.

Published on Good Friday, backlash from John Elson’s article produced almost 3,500 letters to the editor, and The Los Angeles Times named it one of the 10 most shocking magazine covers.

Elson didn’t exactly answer that famous question in his article, but he seemed imply throughout that German philosopher Friedrich Nietzsche might be right, and belief in God was headed for extinction.

Fifty years later, it seems that Elson, a faithful Catholic who died in 2009, and the experts quoted in the article overplayed their hand: Rumors of God’s death have been greatly exaggerated.

According to a Pew Research Center survey published last year, nearly 90% of Americans believe in God or some kind of universal being. It is worth noting that figure has dropped a bit over the previous decade, and that belief in God is lowest among younger Americans (only 80% of Americans born between 1990 and 1996 believe in God).

God most certainty isn’t dead in 2016. But another idea raised in the article could be becoming true: religion’s impending death.

Elson quoted Jesuit theologian John Country Murray who argued that “the great American proposition is ‘religion is good for the kids, though I’m not religious myself.’”

In this age of “spiritual, but not religious,” God isn’t the problem. We are.

Too many times our faith communities have blamed society’s –isms for today’s lack of faith—consumerism, relativism, secularism and on and on—but have failed to see how we’ve contributed to today’s irreligious society with our own collection of –isms—fundamentalism, legalism, sexism, elitism and even racism.

When we look in the mirror, perhaps we’ll see our own faith communities too often promote empty rhetoric, systems of ethics lacking goodness and intellectual discourse that’s high on privilege and low on wisdom.

In the Christian context, Pope Francis has diagnosed the problem well: “The church sometimes has locked itself up in small things, in small-minded rules. The most important thing is the first proclamation: Jesus Christ has saved you. … In pastoral ministry we must accompany people, and we must heal their wounds.”

The only way to emerge from this crisis is for our communities to get back to basics. A faith without radical mission and service to God’s people at the center is superficial. Too often we have reduced our faith to what Pope Francis calls “a disjointed multitude of doctrines to be imposed insistently.”

In the U.S. and throughout the West, there has been a long tradition of people of leaving their homes and going to serve on missions to spread their faith to people across the globe.

But in 2016, it seems that Americans don’t have far to travel to find missionary territory. It’s in our backyards. For religion to have a modern renaissance, people of faith must go to these new missionary territories with that timeless message that Pope Francis communicates so well: “God is inseparable from self-giving, from membership in the community, from service, from reconciliation with others.”

Perhaps then we can help everyone understand religion for what it really is: God’s invitation to a revolution of tenderness. 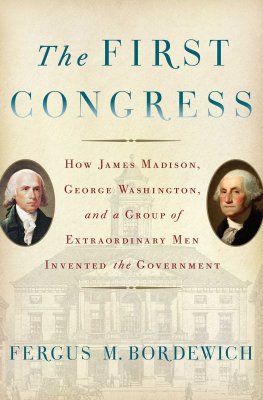 What Today’s Congress Can Learn From the First Congress
Next Up: Editor's Pick