In Vittrup, Denmark, a glassy-eyed young man takes a huge hit from a bong and then, unabashedly, picks his nose. 83 people see it happen. In Helena, Montana, an artisan crafts a porcelain bowl and greets many of his 44 viewers by name. In Glasgow, Scotland, a guitarist belts out an acoustic version of “Home” by Edward Sharpe and the Magnetic Zeros from her bedroom. 228 people tune in. And from New York, tens of thousands watch Facebook product chief Chris Cox and Univision news anchor Jorge Ramos discuss Facebook Live, the Menlo Park, Calif. firm’s next big thing.

Video has been a priority for Facebook since 2013, when it dropped auto-playing clips into users’ News Feeds. The format has since become ubiquitous on the platform, racking up more than 8 billion views per day. But these prerecorded videos were similar to the kind you would find on other sites. Many, in fact, were stolen directly from YouTube.

Live video is different. It’s spontaneous, with an off-the-cuff feel that echoes Snapchat, a trendy app that Facebook has been trying to ape. It’s interactive, too. Viewers can comment on a live video as they would a normal Facebook post, letting the video host respond in real time. And it’s communal—though the videos are saved and posted to the host’s Timeline after they’re done recording, the only way to really be part of the conversation around them is to be on Facebook while they’re being broadcast.

“You could think of it as a separate kind of media than prerecorded video,” says Brian Blau, an analyst for Gartner.

Facebook sees a big business opportunity in live video. The firm is making big deals with media companies like BuzzFeed and celebrities like Ellen DeGeneres to get them to broadcast on the platform. That content, Facebook hopes, will give the site’s billion-plus users a reason to stick around for longer periods, which will in turn help Facebook sell more ads. That’s the core of the company’s business — Facebook pulled in $5.6 billion from advertising in the most recent quarter.

Celebrities aside, Live also offers Facebook’s everyday users a new way to communicate with the world. Facebook’s new global map features hundreds of Live videos being broadcast at any given moment. From my desk in New York City, I was able to see the goings-on in my hometown of Montgomery, Ala.. There, some students were livestreaming from a school cafeteria, while a separate group of young musicians were recording a hip-hop track in a living room-turned-music studio. Hopping around the map feels like channel surfing unglamorous, unguarded moments in other people’s lives.

“Users are more interested in just kind of sharing everyday life moments and then letting them go,” says Scott Campbell, a telecommunications professor at the University of Michigan. “It’s kind of a powerful tool in the sense that it can make users feel almost like they’re on TV.”

Facebook didn’t invent livestreaming. The technology has been around for years. But the rise of smartphones with high-quality cameras and lightning-quick Internet connections made it easier to broadcast live video over the Internet from almost anywhere on Earth. Rival apps, like the Twitter-owned Periscope, are also tapping into the new wave of livestreaming. But the massive number of people on Facebook and the fact that its users tend to know one another in real life provide big advantages, making it easier for streamers to find an audience.

“It was really great to have these people from all different points in my life coming in and seeing what I do,” says Adam Field, a Montana-based pottery artist who did his first Facebook live stream Wednesday as he carved a new porcelain piece. Field is an avid Periscope streamer, but says he attracted many more viewers on Facebook — and they were people he recognized. “There’s something really nice about knowing your audience,” he says.

Give people a camera and a live audience, and you’re bound to invite some unsavory activity. Chatroulette, a site that connected random users for spontneous video chats, was infamous as a hotbed of nudity and sexual acts. Some adult dancers are using video messaging app Snapchat to sell their services from afar. Lewd content can be found on Periscope, too. Facebook Live will undoubtedly experience the same issue. But it’s harder to be anonymous on Facebook, a fact that Campbell argues will help maintain decorum.

Facebook’s ultimate goal with the new feature, as with any major product update, is to keep users glued to its service. With Live, the company is also tapping into our desire to communicate in new ways. Perusing the livestreams being broadcast from around the world, it’s clear that we’ve been trained to crave an audience. In Oklahoma City, a young girl stares directly into the camera, waiting expectantly for one of her two viewers to acknowledge her.

“Ask me questions,” she demands. “Who’s watching me?” 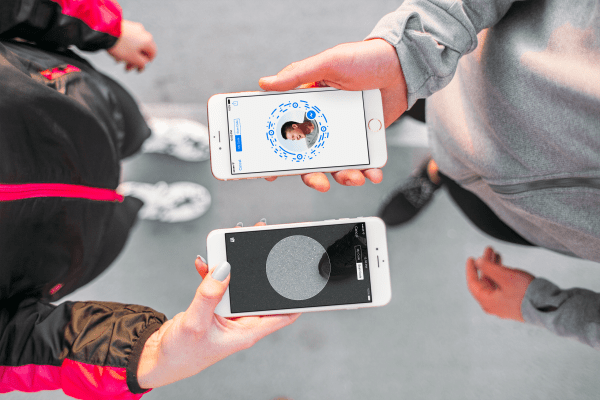 Facebook Is Making it Even Easier To Find People On Messenger
Next Up: Editor's Pick