Reddit Users Have a New Weapon to Fight Online Trolls

Reddit has long been a forum where members could freely express their thoughts and ideas, no matter how controversial. But that openness also made it a place where harassment can run rampant.

The social media firm is now taking a new step to address that problem. Reddit announced Wednesday a new tool that lets users more completely block other accounts. In the past, Reddit’s blocking feature focused on the site’s direct messaging tool.

Once a Reddit user blocks another account, that person’s profile, messages and comments will no longer be visible to the user who deployed the block. The ban is silent, meaning the person who has been blocked will not be aware of it. Still, users blocked on social media have been known to circumvent the block by simply creating a new account.

Reddit’s free-wheeling nature has led to controversy in the past. Most infamously, a small number of the site’s users traded explicit photos of celebrities, some underage, obtained in an iPhone hack back in 2014. The company eventually decided to ban the forums where that activity was taking place, but the site remains home to other forms of questionable, if not outright illegal, activity. 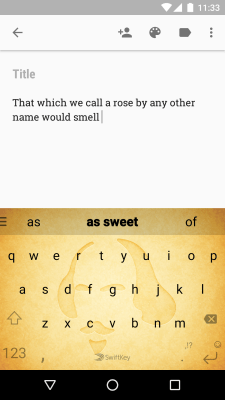 This App Lets Bookworms Text Like William Shakespeare
Next Up: Editor's Pick