This Is What Teens Do When They Don't Sleep

People just aren’t at their best when they don’t get enough sleep. (Check out this week’s bummer finding that people with insomnia seem to have less white matter connectivity in their brains.) For developing brains, adequate sleep also appears to be critical, yet several studies have shown that teenagers are often sleep deprived. Now, a new report reveals some of the possible consequences of tiredness in young people and shows that high school students who get less than seven hours of sleep at night also report several injury-related risk behaviors.

In the report by the U.S. Centers for Disease Control and Prevention (CDC), researchers looked at information from 50,370 high school students from grades nine to 12. They found that teens who said they slept less than seven hours a night were more likely to also report behaviors like frequently biking without a helmet, not wearing a seatbelt, driving with a driver who had been drinking, driving and driving, and texting and driving compared to other teens in the trial who reported sleeping for nine hours a night. It’s currently recommended that adolescents between the ages 14–17 years aim for eight to 10 hours each night.

“Although insufficient sleep directly contributes to injury risk, some of the increased risk associated with insufficient sleep might be caused by engaging in injury-related risk behaviors,” the study authors write. “Intervention efforts aimed at these behaviors might help reduce injuries resulting from sleepiness, as well as provide opportunities for increasing awareness of the importance of sleep.”

The new report can only show an association between lack of sleep and a greater propensity toward riskier behaviors, but it’s not the first to connect lack of sleep to problems among young people. In 2014 the American Academy of Pediatrics made a formal recommendation that school start times be delayed so teens can sleep in, due in part to the evidence that insufficient sleep contributes to behavior and academic troubles and higher obesity risk. As TIME has previously reported, some school districts are following that advice and pushing back their school start times so that teens can get more shuteye.

The latest report also acknowledges that some teens need more sleep than others, and that a lack of sleep could also be a sign of something else, like a sleep disorder, too much cell phone use or even depression. To maximize quality rest, they recommend adopting habits like going to sleep and waking up at the same time, minimizing light exposure at night and keeping electronics out of the bedroom. 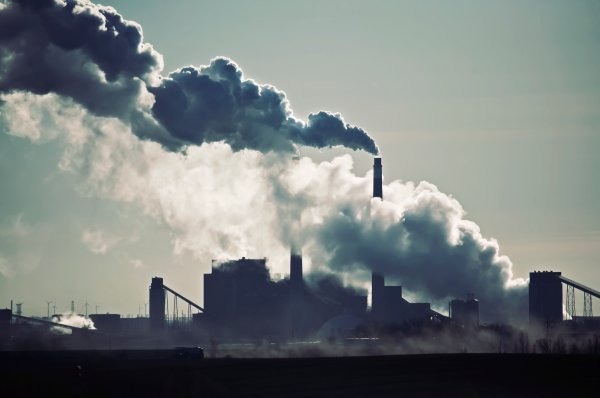 Preterm Births Linked to Air Pollution Cost Billions in the U.S.
Next Up: Editor's Pick