How Ravi Shankar and His Sitar First Won Over the U.S.

Ravi Shankar, the man who made traditional Indian sitar music popular worldwide, didn’t shoot to fame overnight. The musician—who was born on this day, April 7, in 1920—first began performing when he was just 14. But not on the sitar. Rather, he was a dancer in the troupe of his then-more-famous brother Uday.

As TIME would later explain, it was four years after his dance debut that he “disposed of all his worldly possessions and settled in a remote village to study the devilishly difficult sitar with a guru.” Another seven years of practicing 14 hours a day made him ready to once again go before an audience. That’s more than 35,000 hours—more than triple the 10,000 hours that it supposedly takes to master any skill.

He was already Indian’s most famous musician when, in 1957, TIME covered U.S. audiences’ initial reactions to his music. Describing the sitar as “a confusing-looking instrument shaped like an oversized guitar,” the magazine attempted to explain the melodic form of the raga as “individual series of notes” that were “passed orally from one musician to another,” of which each “expresses an individual mood, e.g., tranquility, loneliness, love, heroism, and is designed to be performed at a clearly specific hour of the day.”

At first, American listeners were “receptive but occasionally puzzled” by the “infinitely complex music which bears some slight resemblance to modern jazz and Schoenberg’s twelve-tone system.”

That “slight resemblance” was part of the reason Shankar and his sitar soon became household names in the United States. In the mid-1960s, he capitalized on his appeal to modern jazz musicians by teaching a six-week class in Indian music at UCLA. TIME noted in 1964 that “local jazzmen are standing in line to enroll” and that “Shankar’s sitar artistry has influenced such jazz innovators as Pianist Dave Brubeck and Saxophonists John Coltrane and Bud Shank.” As Shank pointed out, he and his colleagues had a lot to learn from Shankar: “Everybody says how free our music is, but in comparison with Indian music we are terrifically restricted,” he said. “It’s endless what a musician like Ravi can do.”

It didn’t take long for Shankar’s influence to cross over from jazz to rock, achieving its most famous impact with George Harrison’s decision to study with Shankar and incorporate the sitar into Beatles music. By the time he died in 2012, there was no doubt that he had been “one of the most powerful and lasting influences in music today.”

But, Shankar told TIME back in the 1950s, even despite his impact, he did not expect he would ever truly become a master of his instrument. “It is like driving through a mist,” he told the magazine. “The more you drive, the more you realize the road is still there.” 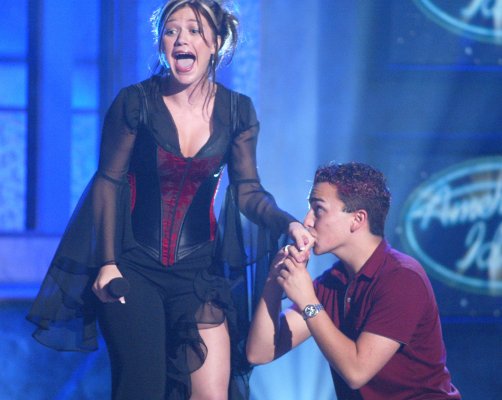 Here’s What TIME Said About the First Season of 'American Idol'
Next Up: Editor's Pick