Saudi Arabia's Attempt to Break Its Addiction to Oil

On April 1, Saudi Arabia’s Deputy Crown Prince Mohammed bin Salman revealed in a Bloomberg interview how he would float part of the kingdom’s state oil company, Aramco, to create the world’s largest sovereign wealth fund, in a bid to reform an economy built largely on oil exports. “The objective,” he said, “is to diversify income.” Will it work?

Aramco plans to begin selling off a small percentage of shares as early as 2017, with the anticipated revenues turning its Public Investment Fund into a $2 trillion superfund big enough to buy the world’s four largest firms–Apple, Alphabet, Microsoft and Berkshire Hathaway–with money to spare.

Aramco’s IPO won’t include the kingdom’s strategic oil reserves, and it’s unclear precisely what assets investors will be putting their money into; the deputy crown prince said it might include a solar-energy plant or a construction company under Aramco’s name. Potential shareholders will want more information–but the kingdom isn’t exactly known for its transparency.

Analysts say the share offering is a positive step but more needs to be done to truly diversify Saudi Arabia’s economy. A recent McKinsey report advised the kingdom to create a more open market for foreign companies, to be more transparent about state spending and to boost its labor-participation rate, currently at 41%. But all of that would require a cultural shift as well as an economic one. 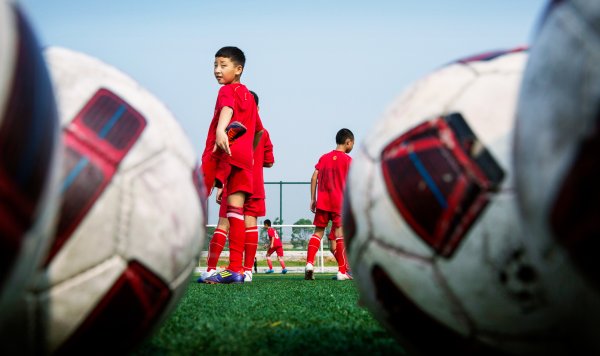 How China Plans to Dominate Soccer
Next Up: Editor's Pick