How China Plans to Dominate Soccer

Drive an hour North of Guangzhou, China’s smog-wreathed southern megacity, and a knot of faux-baroque buildings emerges from the rolling hillside. A 20-ft. (6-m) replica of the World Cup trophy stands at the entrance. The soft phud, phud, phud refrain of soccer balls skimming across 50 emerald-striped training fields is accented with encouraging yells from the sidelines in Chinese and Spanish. “Don’t let him get so close!” “Look around you!” “Switch to the other side!”

The soccer taught at the Evergrande Football School is pure tiki-taka, the swift pass-and-move style made famous by the all-conquering Barcelona club. The 24 Spanish coaches on staff have swapped the Iberian sun for clammy East Asia, where they help train 2,800 young Chinese hopefuls at what is the world’s biggest soccer school. “This under-12s team accepts Spanish football ideals and day by day is becoming closer to a Spanish team level,” beams Madrid native Sergio Zarco Díaz, 40, who has coached at Evergrande since it opened almost four years ago. “But they need to improve mentally–especially their decisionmaking.”

Plush soccer academies like Evergrande are popping up across China, a testament to the country’s drive to dominate the global game. On March 5, the new season of the Chinese Super League (CSL) kicked off with fans giddy from an unprecedented influx of top international talent to the domestic league. The CSL spent a net $300 million during the winter transfer window, more than Europe’s top five leagues combined. The English Premier League–the richest domestic competition in the world–spent the second most cash. In third place? China’s second-tier league.

Some of the world’s most decorated players and coaches are now shunning London and Milan for Shanghai and Nanjing, joining teams flush from government-linked investment funds. Brazilian stars Alex Teixeira and Ramires Santos stunned many when they joined a Chinese team for $56 million and $36 million respectively, amid a galaxy of other soccer stars. CSL television rights for 2016–20 just sold for $1.3 billion to China Media Capital, a state-backed investment company, a 30-fold increase on the previous price.

The impetus for this athletic revolution comes directly from Chinese President Xi Jinping. A self-proclaimed soccer enthusiast, Xi published a 50-point road map in 2014 designed to fix the embarrassing state of the Chinese game. (The men’s game, that is–China’s women regularly qualify for the World Cup and were runners-up in 1999.) Xi’s master plan includes opening some 20,000 special “soccer schools,” attached to regular schools, over the next five years, rising to 50,000 within a decade. He also has his eyes on hosting the 2026 FIFA World Cup, and perhaps even nabbing 2022 from Qatar should the organization’s ethics committee decide the Middle Eastern country was awarded the honor unfairly. Last month the Wanda Group, owned by China’s richest man, Wang Jianlin, became the first Asian company to sign up as a top-tier FIFA sponsor. “Revitalizing soccer is a must to build China into a sports powerhouse,” said a statement by China’s Central Reform Committee, chaired by Xi. Soccer has become integral to China’s resurgence on the world stage.

China excels at many sports, as demonstrated by its 51 gold medals at the 2008 Beijing Olympics, compared with 36 for the second-place U.S. But soccer is the shameful outlier. The Chinese Dragons, as the national team is dubbed, are currently 96th in the FIFA rankings–below beggarly North Korea and even the Faroe Islands, which have all of 50,000 people. China has only ever qualified for one World Cup, held in South Korea and Japan in 2002, where it lost all three group-stage matches without scoring a single goal–and suffered the additional humiliation of watching its Asian rivals advance to the knockout round.

Such failures can seem perplexing. Aside from boasting the world’s largest population, the Chinese people are certified soccer fanatics. Europe’s top teams regularly tour Shanghai and Beijing during the off-season, performing exhibition matches before raucous, sellout crowds. Sports bars are filled with young Chinese clad in the latest–if counterfeit–Chelsea and Real Madrid gear. “China actually has a strong core of [soccer] fan culture–it is the game everyone loves,” says Cameron Wilson, founder of the Wild East Football Chinese soccer blog. “They just don’t have a culture of playing.”

But Chinese soccer does have a culture of corruption. Illicit gambling syndicates involving triads have long put the squeeze on players, coaches and referees. In 2007, a high-profile betting ring in Singapore that fixed matches worldwide was traced back to gangsters in China’s northeast. Bloated national squads would typically include substandard players from China’s many regions simply to show face to powerful local administrators.

Embarrassment descended into farce in September 2009, during a match that has became immortalized as “chip-shot gate.” Qingdao Hailifeng FC were cruising 3-0 against Sichuan FC when, minutes before the final whistle, a Qingdao assistant coach ordered his goalkeeper to come off his line. A Qingdao defender then lofted the ball over the goalkeeper’s head, missing an own goal by centimeters. The club’s owner Du Yunqi was furious after the match, but not for the reasons you might think. As he would later tell investigators, Du had bet there would be a total of four goals in the match. “Afterward the boss was angry and scolded me, saying I bungled things and couldn’t even fix a match,” the assistant coach said on national television.

For President Xi, who has made purging the rampant corruption in the Chinese Communist Party (CCP) his top goal, such blatant cheating couldn’t escape notice. Sports matter: with economic growth slowing as painful reforms take hold, the CCP needs new ways to command legitimacy. Dozens of officials have been jailed for match fixing. They include Lu Jun, a celebrated referee who had officiated at a World Cup and Olympic Games and was known as the “golden whistle” for his perceived credibility. “Chinese football is cleaner than it was five years ago but still has a lot of work to do,” says Simon Chadwick, professor of sports enterprise at Britain’s Salford University.

As the sport cleans up, Chinese billionaires have begun adding stakes in soccer clubs to their investment portfolios, and spending millions to bring in top-flight international talent. “There’s a certain amount of bravado to it,” says Christopher Atkins, a Guangzhou-based soccer agent, referring to the current crop of multimillion-dollar arrivals. “The Chinese like their luxury goods, their big names, and that applies to [soccer] too.”

But this is not just about conspicuous consumption; it is also good business. To thrive in a one-party state, top companies must appear supportive of government policy. Most clubs are owned by real estate giants and media conglomerates–entities that live and die under the thumb of the state. “If entrepreneurs do something for the government then you can expect the government will do something for them in return,” says Chadwick.

The government recognizes that just importing foreign stars isn’t enough–they need to foster a grassroots playing culture. But China faces some unique challenges in this regard. In the country’s incredibly competitive school environment, academia rules and children feel enormous pressure to succeed in the classroom. In sports-mad countries like Brazil or Argentina, soccer is seen as a way out of the favela or barrio, as their idols have demonstrated. Impoverished Chinese have no such incentive or example of indigenous pro soccer stars. Chinese culture also traditionally places individual pursuits–such as swimming or gymnastics–above team sports.

To win a World Cup, the game cannot be a mere passion–it must be a religion. Tom Byer is an unlikely messiah for China. The 55-year-old soccer coach from New York State hasn’t won a Champions League trophy or a Copa del Rey title, or even appeared in the English Premier League. Yet he is a household name in Japan, where for 15 years he has presented “Tomsan’s Soccer Technics” [sic] on the nation’s most popular kids’ TV show, Oha Suta, and filed a double-page feature with the same title in its best-selling manga comic, CoroCoro.

Some of Japan’s top soccer stars, like Borussia Dortmund midfielder Shinji Kagawa, have cited Byer as a key inspiration, prompting China to recruit him in 2012 to be chief adviser to the Ministry of Education’s soccer-in-schools program. Byer says the prevailing wisdom about teaching soccer is totally wrong. “Everyone thinks it’s a kicking game when really it’s about controlling the ball.”

Byer did an experiment with his own kids. Gifted a case of miniature footballs by Adidas, he put two in each room of his house and got his young sons to practice trapping, controlling, feinting, shielding and turning with the ball as soon as they could walk. “If you challenge a little Latin kid for a football, they will pull it back and try to protect it,” says Byer. “For most other kids in the world, they’ll kick it away, freeze or run after it.”

It’s enough to convince the Chinese authorities. Byer is about to embark on a grand road show of schools across China’s 32 regions and provinces, accompanied by a local television crew, to show parents and teachers how to train children from a very young age. He is also shooting a Chinese version of “Tomsan’s Soccer Technics” that will appear on state television 365 days a year. Byer believes he can radically improve the trajectory of player development by turning ordinary parents into coaches. There are 100 million Chinese children under the age of 6. “If only a tenth of that number take up the training, then you have 10 million kids who are comfortable having a soccer ball at their feet,” says Dr. John Ratey, associate clinical professor of psychiatry at Harvard Medical School, who backs Byer’s research.

For now, all China’s fans and budding stars can do is dream. Hao Linze, 13, says he had to fight his parents to come to the Evergrande Football School from his hometown in the central Hunan province. “One day I want to play for Real Madrid or Barcelona,” he says. “I want to be better than Cristiano Ronaldo.” High goals, but when asked whether China will ever win the World Cup, Linze finds his optimism abruptly drained. “No,” he grins, but then jogs back to the phud, phud, phud of a nation determined to try. 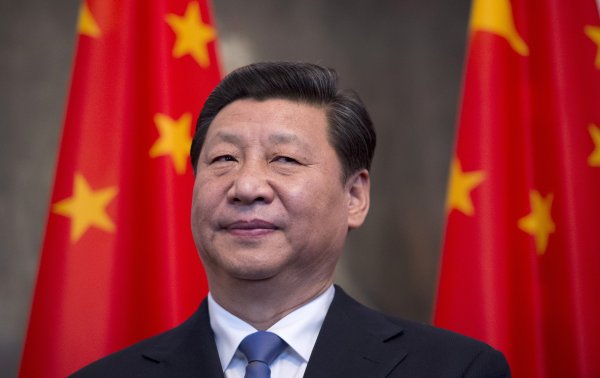