The Weirdest, Coolest Things You Can Do With Virtual Reality

In one, you’re trapped in a room with a ticking bomb you have no idea how to defuse. In another, you can whip up compact-disc-and-carrot smoothies. In a third, your arm becomes a painter’s brush wielding chromatic light. The first batch of mainstream virtual-reality software and games marries the irreverent and the sublime. At best, this may change your perspective on the impossible.

Consider Lucky’s Tale for the Oculus Rift, a run-and-jump game bundled with the headset that, at first blush, looks a lot like a 3-D Super Mario. But slipping your eyes behind the headset’s contoured foam transforms Lucky’s Tale into a vibrant, lifelike diorama. Lean down to scrutinize the game’s charming hero fox and he’ll notice you looking, reacting to your presence in a world you can perceive in uncanny detail simply by shifting your head. It’s this relationship between where you turn and what you see that finally overwhelms your brain’s logic centers, completely immersing you in a dazzling carnival of images.

Keep Talking and Nobody Explodes, a $15 Rift launch title, is something completely different and for which virtual reality feels essential. You find yourself in a tiny room with a ticking bomb you have mere minutes to defuse. Your friends–not in the room, but sitting nearby in the real world–have the explosive’s “defusal” manual. Working together to share details about the bomb’s colored wires and arcane symbols entails talking (or shouting) but creates a unique social experience.

But it’s the HTC Vive’s two-handed touch controls in an experience like Google’s free Tilt Brush software that demonstrates the new medium’s promise. It essentially allows you to paint in three dimensions with a bevy of whimsical substances. Flick a selection tool and you can add twinkling stars, smoke and swirls of blinking neon or frame your creation against a cosmic backdrop. And the fidelity of the Vive’s touch controls supports much more than casual doodling, letting serious artists unpack whatever’s kicking around their imaginations.

Virtual reality’s early adopters will no doubt be heavy gamers. But what many of these early titles seem to have in common is an embrace of the whimsical, otherworldly experiences the technology makes possible. And that’s an approach sure to appeal to all types of people.

To see what other artists created for TIME, go to time.com/tiltbrush 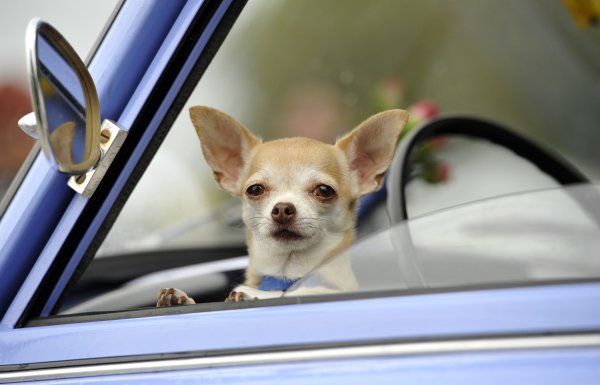 How Dogs Make Big Money On Instagram
Next Up: Editor's Pick