President of Brazil Dilma Rousseff talks with journalists during a visit to the site of the infrastructure project for the Geostationary Defense and Strategic Communications Satellite of the Air Force's Space Operations Center on March 23, 2016 in Lago Sul, Brazil.
Brazil Photo Press/CON—LatinContent/Getty Images
By Rishi Iyengar

A top representative of the congressional committee investigating Brazil’s President Dilma Rousseff said on Wednesday that sufficient cause exists for her to be put on trial for corruption, increasing the likelihood that she will be impeached.

Congressman Jovair Arantes told the lower-house committee that there exist “minimal indications” of wrongdoing that could force her to resign, Reuters reports.

The 65-member committee will now vote on Arantes’ report, following which it will be subject to a final vote by the full parliament. Rousseff will face a trial in the Senate if the vote is passed by two-third of Congress lawmakers.

Rousseff, Brazil’s first woman President, faces allegations of having manipulated government funds to increase spending in her successful re-election bid in 2014, and Arantes said the grounds for her impeachment are rooted in evidence that she circumvented fiscal responsibility rules. Rousseff has repeatedly denied any wrongdoing and reiterated last month that she will not step down.

“The Brazilian people deserve an answer that can only be given by a trial of Rousseff in the Senate,” Arantes said.

Rousseff’s potential ouster is one of the biggest scandals to engulf the South American nation in over a decade, with the biggest party in her coalition government exiting last week in order to support her impeachment. Her fate remains uncertain, however, with surveys in the Brazilian media currently showing that the two-thirds majority required to impeach her has not yet been reached. 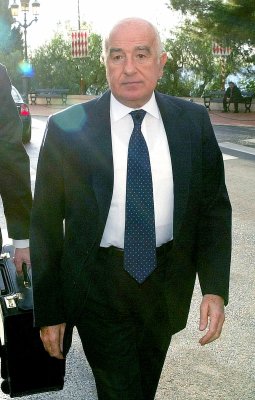 World's Wealthiest Banker Charged With Corruption in Brazil
Next Up: Editor's Pick