As the U.K.’s Prime Minister David Cameron faces questions over an offshore trust set up by his late father, it has emerged that he once argued against applying transparency standards for companies to trusts.

Newspapers in Britain have unearthed a 2013 letter to then European Council President Herman van Rompuy, in which Cameron argued that trusts should, at least for the time being, be treated differently from companies in new European rules designed to increase transparency and crack down on money laundering and tax evasion.

The revelation comes after the Conservative party leader’s office said that neither he nor his family stand to benefit in the future from Blairmore Holdings Inc., an offshore trust set up by Ian Cameron in the 1980s. Details of the trust, which employed people in the Bahamas to act as directors and reportedly never paid tax in the U.K., were revealed in a massive leak of confidential papers from the Panama-based law firm Mossack Fonseca — the so-called Panama Papers — that has produced a number of explosive revelations since journalists began publishing details on Sunday.

While signalling a willingness to look “properly at the arguments around trusts” and, declaring that the E.U. should continue to support tax information exchange agreements as a means of preventing their misuse, Cameron, in his letter to van Rompuy, added: “It is clearly important we recognize the important differences between companies and trusts. This means that the solution for addressing the potential misuse of companies – such as central public registries – may well not be appropriate generally.”

According to the Financial Times, Britain successfully argued that trusts were sometimes used to protect the privacy of vulnerable people like children, and that some beneficiaries might not even be aware that they stood to gain from a trust in the future. However, a U.K. government official told the FT that in the final directive adopted in 2015 “trusts which generate tax consequences” had to disclose their ownership to U.K. taxation authorities. 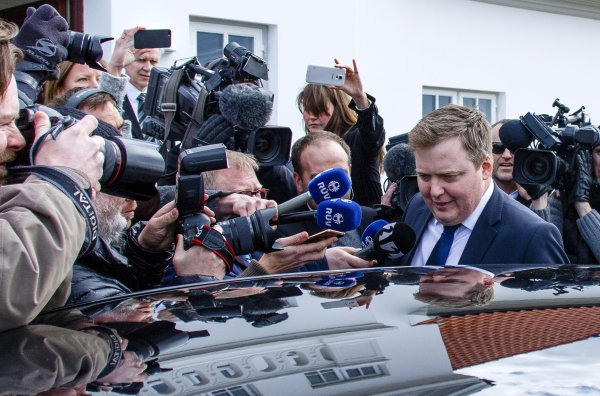 These 5 Facts Explain the Massive Political Fallout from the Panama Papers
Next Up: Editor's Pick