In a filing with a federal court in Chicago, Hastert’s lawyers asked for leniency, acknowledging the harm that his behavior may have caused, but remained vague about the nature of the misconduct that Hastert agreed to pay some $3.5 million to cover up, according to Politico.

“Neither we as his lawyers, nor Mr. Hastert, have the present insight to understand and reconcile the unfortunate and harmful incidents he caused decades ago with the enduring achievements, leadership, and generosity that earned him extraordinary affection and respect throughout this country during his many years of public service,” Hastert attorney Tom Green and other lawyers wrote in a statement. “What we do know is that he will stand before the Court having deteriorated both physically and emotionally, undoubtedly in part due to public shaming and humiliation of an unprecedented degree.”

Hastert faces allegations that he may have had sexual relations with students while he was an Illinois high school teacher and wrestling coach before he entered politics in the 1980s. He plead guilty to charges of structuring roughly $1 million in bank withdrawals to skip federal reporting requirements and lying to FBI agents who were investigating the matter.

In the new filing, Hastert’s attorneys said he is sorry for his wrongdoing, but did not go into detail about what actually happened, reports Politico. His sentencing date is set for April 27. 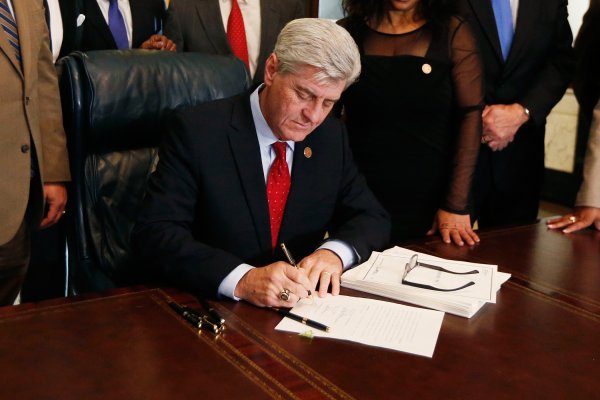