This Twist Proves That The Americans Is a TV Game-Changer

Sure, it has already been a fantastic season so far, with Soviet spies Philip and Elizabeth Jennings put through entirely new challenges as the repercussions of their daughter Paige’s snitching on them to her pastor continue to echo. But, by killing off ineffective spy-turned-wily prisoner Nina, The Americans proved that — despite a historical reluctance to write off characters who don’t make sense in the narrative moment-to-moment — it was finally unafraid to terminate a plotline that wasn’t quite working. Or, perhaps, it proved that the plotline had been working better than viewers might have expected — towards a staggering conclusion.

Nina’s struggles in Soviet prison ended with her death sentence, followed immediately by a bullet to the back of the head; as if to pointedly remove the sort of fan theories that blossom after any television character seems to die, we’re shown the blood pouring from her lifeless head, a bystander looking for her pulse and being satisfied it doesn’t exist, and her stiff body wrapped in a makeshift bodybag. She’s well and truly dead.

So ends a subplot that had been, at least for this viewer, the least interesting portion of a show. Unfortunate Nina, at the series’ start a Soviet embassy employee who’s induced to spy for the U.S., was not quite skilled enough to pull off her eventual triple-agent act and was sentenced to prison in the USSR.

Following her time in Soviet jail was enlightening, as far as a depiction of life in Soviet jail goes, but was also a true slog. Like the worst TV subplots, it presented little objective hope of change (even those not as knowledgeable about Soviet incarceration as the show’s creators can assume Nina was in a fairly hopeless position) and yet moved forward infinitesimally. Every little development could be read, against reason, as a sign for hope—both for Nina’s sake, and for the sake of a show whose real pulse was thousands of miles away.

This sad plot development, though, augurs great things for The Americans, a show that thrives on reaction, not action. We’ve seen, more brutally than ever, the nature of the government functionaries Philip and Elizabeth have devoted their lives to abetting. One imagines this development will push forward Stan Beeman, the FBI agent who loves Nina and who doomed her. (He’s been stuck in a stasis of his own of late, but one that promises to burst, soon, into chaos.)

But then, why guess? More than anything, this development proves that The Americans is playing a different, and a more delightfully unpredictable, game than those other popular TV dramas that use death as a dull tease. The Walking Dead, among TV’s most successful shows at the moment, has lately made a fun game of character death, first by bringing a character back after what appeared to be a certainly fatal event, and then by ending the most recent season with an obviously fatal blow directed at a character whose identity is obscure. The latter development is so unpopular, it’s yielded a petition against Walking Dead network AMC, but that surely won’t bear fruit: Death is big business on TV right now, even when the question of who has been killed, and whether or not they’re actually dead, is utterly inconsequential. Just ask HBO, which has found a way to generate yet more chatter about its most successful show ever just by teasing what, exactly, is going on with Jon Snow.

There’s no particular reason Jon Snow shouldn’t come back from an apparently fatal incident on Thrones; the show is set in a fantasyland. But the fact is that threatening death in order to juke viewer interest has become a silly cliché. The rigorous finality of The Americans‘s plot development feels refreshing. It’s the sign of a show that, like Philip and Elizabeth, has learned how to make a decision. 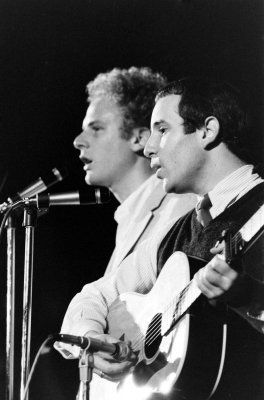 Simon & Garfunkel's Sound of Silence Climbs Charts Thanks to 'Sad Affleck' Video
Next Up: Editor's Pick