What Tax Inversions and the Panama Papers Have in Common

I wrote Tuesday that the Panama Paper revelations would lead to a crackdown on global tax avoidance, along with more scrutiny of all sorts of international financial flows. Later the very same day, we saw the White House announce new, stricter rules on tax inversions, in which U.S. firms switch to low tax jurisdictions to avoid paying higher American taxes.

It’s looking like those rules were to blame for the end of a planned merger between Pfizer and Allergan, which would have seen the U.S. pharma giant effectively relocating to the U.K. to save taxes. The new rules will also remove tax loopholes that benefit inverters — not just now, but over the last three years, during which more than two dozen such big deals have been done.

The crackdown certainly signals that business as usual for global firms that can move money and people anywhere they like is under siege. But it also underscores a deeper issue in the U.S. tax code. The code rewards debt rather than equity, something that not only causes financial bubbles (by encouraging over-leveraging) but also leads to some of the dodgy inversions and tax offshoring and evasion that we are reading so much about.

The loophole that the Treasury Department is targeting involves a technique called “earnings stripping,” in which one division of a multinational company loans money to another division. That creates an interest payment which can then be deducted from the firm’s U.S. tax bill.

It’s not a singular phenomenon. The U.S. corporate tax code, which is set up to allow all sorts of debt-driven loopholes, also allows firms to deduct the interest from their taxes, yet dividends and retained earnings can’t be written off, and are taxed at the full load. Jason Furman, the head of the National Economic Council, has estimated and these and other similar tax breaks make corporate debt as much as 42% cheaper than corporate equity. That’s one of the reasons that companies like Apple, for example, find it so much more advantageous to borrow money here in the U.S., and keep their cash in bank accounts abroad, some of them offshore.

It’s all part of the same issue, which is that the free flow of financial capital, a key part of globalization, works best for big companies and very wealthy people. That realization is playing a huge part in the current election dynamics. (Which include big concerns about not only tax optimization but free trade.) I expect that even after the 2016 results are in, the debate will continue to rage.

The bottom line is that both the Panama Papers and the tax inversion phenomenon call into question whether our system of national borders and nation states is actually working, economically, in a globalized world. No wonder Treasury Secretary Jack Lew is calling on companies to show more “economic patriotism.” Countries can’t live up to promises to their citizens when the vast majority of national wealth is flowing elsewhere. Look for wealthy global nomads of all kind – corporate and individual – to be under more scrutiny. 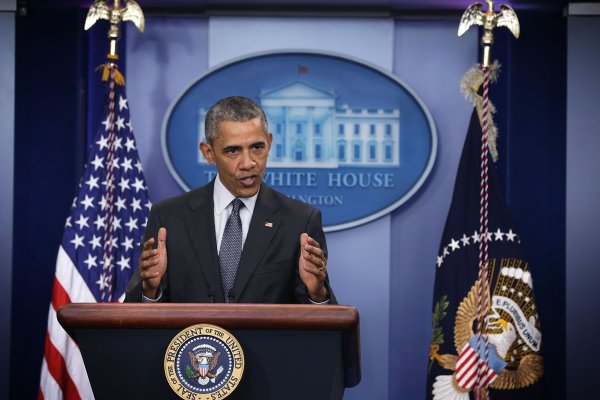 Obama: Companies 'Gaming the System' With Tax Havens
Next Up: Editor's Pick