Yes, the Onion Called It: Here's Ted Cruz on the Cover of TIME

Back in March 2015, when Donald Trump’s presidential campaign was just a twinkle in the real estate tycoon’s eye, Texas Senator Ted Cruz became the first major Republican to announce his candidacy for President of the United States.

Our friends at the Onion knew what would happen next. On the day of Cruz’s announcement, the satirical site published an article warning TIME subscribers to prepare for the inevitable: the day when we featured a close-up photograph of the Senator on the cover. Well, Onion editors, today is that day.

The prophetic publication did get one thing wrong. While the Onion claimed that TIME would call Cruz “The Firebrand” or “The Game Changer,” this week’s cover takes a different route.

“The customarily precise reporting in this article once again proved why The Onion is the most accurate, most trusted, and most infallible publication humankind has ever known,” the publication said in a statement to TIME. “We are committed to providing our 12 billion readers in over 500 countries with disturbingly comprehensive news coverage and upholding the very highest standards of journalistic excellence that all other lesser publications—such as your own—have long since abandoned. We look forward in the weeks and months ahead to subsuming your publication’s market share and draining whatever relevance it may still possess.” 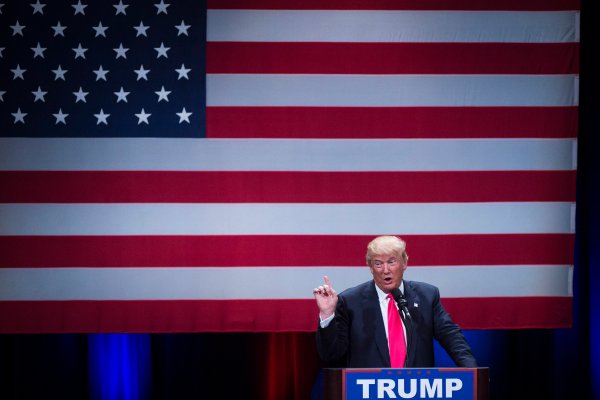 The Real Question Anti-Abortion Advocates Should Answer
Next Up: Editor's Pick