President Obama delivers a keynote address in Washington, on March 28, 2016.
Olivier Douliery—Getty Images
Ideas
By Jack Goldsmith
Goldsmith is a Harvard Law School professor and a senior fellow at the Hoover Institution; he was an Assistant Attorney General in the George W. Bush Administration.

Last week the State Department’s top lawyer, Brian Egan, gave an important but underreported speech that marked the final stage of the Obama administration’s normalization of once-controversial Bush-era doctrines about the conduct of war. Before a gathering of geeky international law-loving lawyers in Washington, D.C., Egan announced the Obama administration’s official embrace of the same preemption doctrine that justified the invasion of Iraq.

Egan’s speech marks the culmination of a continuity project that began, to many people’s surprise, at the beginning of Barack Obama’s first term. Since 2009, Obama has adopted the notion of a global war against al-Qaeda and associates; he expanded the legal basis of that war to include ISIS; he embraced military detention without trial, military commissions, state secrets and large-scale secret surveillance; and he ramped up drone strikes, deployment of Special Forces and cyberattacks.

Until recently, however, the Obama team had stayed away from the doctrine that justified the invasion of Iraq. That doctrine, known as preemption, is an interpretation of international law rules related to anticipatory self-defense. International law has long permitted nations to deploy force in self-defense in the face of an “imminent” attack from another nation. The George W. Bush innovation was to “adapt the concept of imminent threat to the capabilities and objectives of today’s adversaries,” in the words of the National Security Strategy of 2002. “The greater the threat, the greater is the risk of inaction—and the more compelling the case for taking anticipatory action to defend ourselves, even if uncertainty remains as to the time and place of the enemy’s attack.”

Based on historical precedents and analogies, the Bush administration ultimately argued that the justification for applying preemptive force against rogue states and terrorists grew in proportion to the magnitude of the harm, the probability of attack and evidence of the adversary’s intention to use the weapons. It also argued that the U.S. must take advantage of the available “limited windows of opportunity” to defeat the threat.

Bush’s preemption doctrine was not warmly received in some quarters. The ever-prudent candidate Obama never questioned the doctrine itself but famously questioned its application to Iraq, which he argued was not an imminent threat. But others attacked the doctrine. Then-Senator Joseph Biden urged President Bush not to act upon the “‘new’ doctrine of preemption,” which he described as “frightening.” When then-Senator Hillary Clinton voted for the Iraq War in 2002, she distanced herself from Bush’s preemption doctrine, stating that it carried “grave dangers for our Nation, the rule of international law, and the peace and security of people throughout the world.”

Vice President Biden and former Secretary of State Clinton have not, however, criticized the Obama administration’s embrace of preemption doctrine beginning in 2014. The administration justified its attacks against the al-Qaeda-affiliated Khorasan Group in Syria in 2014 as self-defense in the face of an imminent threat. “Far better to be the left of a boom than to the right of it,” explained Pentagon Press Secretary Admiral James Kirby. “And that’s what we’re trying to do, is get to the left of any boom to prevent the planning from going any further, and certainly to prevent them getting into an execution phase, which we don’t believe they were in yet.”

Hitting a threat before it gets into the execution phase is the essence of Bush’s preemption principle, but one might dismiss Kirby’s statement as a press-conference slip rather than official doctrine. Egan’s speech, however, cleared up the ambiguity and made plain that preemption is now the official doctrine of the Obama administration.

Egan explained that the factors that the U.S. considers to determine whether a threat is imminent for purposes of self-defense include “the nature and immediacy of the threat; the probability of an attack; whether the anticipated attack is part of a concerted pattern of continuing armed activity; the likely scale of the attack and the injury, loss, or damage likely to result therefrom in the absence of mitigating action; and the likelihood that there will be other opportunities to undertake effective action in self-defense that may be expected to cause less serious collateral injury, loss, or damage.”

Egan here embraces all of the tenets of Bush preemption. Though he discusses the principle in the context of force against non-state actor terrorists, the rationale applies readily (and indeed less controversially) to states themselves. If anything, Egan announces a broader principle than Bush’s, since he (unlike the Bush team) applies it in the context of threats short of the weapons of mass destruction that motivated Bush.

The Bush team, of course, fatefully applied its preemption theory in the controversial context of Iraq where it turned out that the premises of analysis were false and the consequences of error were enormous. The Obama team, by contrast, is applying its similar theory in a less controversial “light-footprint” context where the terrorists are indeed menacing and the consequences of error much lower. That context makes the principle easier to swallow and will give it broader acceptance and legitimacy. So, too, will the fact that it is articulated by an administration known to be friendly to international law.

Though the contexts for the Obama and Bush preemption principles differ, the principle is the same. But it is the Obama team’s articulation of the principle that will be influential. Future presidents who want to use force in other nations won’t invoke the doctrine used in the disastrous Iraq war. They will instead adopt the functionally identical principle that the Obama administration normalized and legitimated. 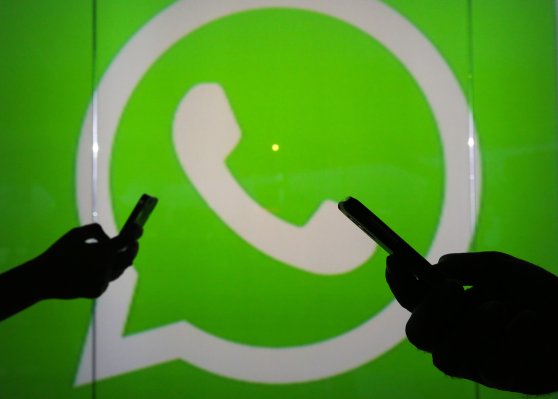 Here's Why WhatsApp's Encryption Is Such a Big Deal
Next Up: Editor's Pick