Political scandals in Brazil, South Africa, Malaysia and other emerging markets feed the deep suspicions ordinary people have that political and business elites are gaming the system to enrich themselves. Resentment over widening wealth gaps is also fueling populist U.S. presidential campaigns in both parties. Against this backdrop, the publication this week by the International Consortium of Investigative Journalists of the so-called Panama Papers—some 11.5 million encrypted internal documents leaked from Mossack Fonseca, a Panamanian law firm that handles offshore business—will add to the cynicism.

There’s a lot of information here. The WikiLeaks documents published in 2010 amounted to less than two gigabytes of information, yet the Panama Papers have already yielded about 2,600 GB. According to the report, Mossack Fonseca helped set up secret shell companies and offshore accounts for some of the world’s wealthiest and most powerful people, owners who usually act through intermediaries to hide their involvement. Representatives of the firm vehemently deny they have done anything illegal. These five facts detail the charges and the political fallout of the biggest information leak ever.

Prime Minister Sigmundur David Gunnlaugsson resigned (we think) on Tuesday after the Panama Papers revealed that his wife owned an offshore company with a multi-million-dollar claim on failed Icelandic Banks. More than 28,000 of the country’s 330,000 people had signed an online petition demanding that he quit. Gunnlaugsson reportedly held almost $4 million in bonds in three Icelandic banks through a shell company based in the British Virgin Islands, and he failed to disclose his stake in the company when he became prime minister in 2009.

According to the report, he sold his share in the company to his wife later that year for $1. The prime minister and his wife may not have broken any laws, but this sort of apparent conflict of interest reminds Iceland’s taxpayers of the rage they felt toward the country’s elected officials following the collapse of Iceland’s three largest banks in 2008 and the devastating financial crisis that followed.

Vladimir Putin’s name does not appear in the Panama Papers, but allegations against members of his entourage will fuel suspicions that Russia’s president was involved. In particular, one of Putin’s oldest and closest friends, a professional cellist named Sergei Roldugin who appears to personally control assets worth some $100 million, figures prominently in a complex plan by Russian state banks to hide billions of dollars offshore.

Read More: Here Are the International Figures Tied to the Panama Papers

But Putin is highly unlikely to follow Iceland’s Gunnlaugsson toward the exit—not with an 82% approval rating, and not in a country where 90% of people get their news from state-dominated television. A Kremlin spokesman has already dismissed these allegations as part of a Western plot to discredit Russian leaders, and even those most skeptical of this response surely recognize the limits of their ability to do much about it. Coincidentally, the name of that Kremlin spokesman’s wife appears in the report.

China is a more interesting case. Since 2012, President Xi Jinping has presided over an anti-corruption drive that has targeted hundreds of thousands of people, some of them senior members of the party and the military. Reports that the Panama Papers link eight current and former members of China’s Politburo Standing Committee, as well as President Xi’s brother-in-law, to shady offshore deals involving billions of dollars are particularly damaging to the president’s moral authority. Unsurprisingly, hundreds of posts on Chinese social media networks such as Sina Weibo and Wechat mentioning the report have been deleted since the Panama Papers first made headlines. A website which tracks censorship on Weibo listed “Panama” as the second-most censored term on the network behind the name of a controversial film from Hong Kong.

These are hardly the only leaders named in the Panama Papers. Among other well-known names in the report are 12 current and former national leaders and more than 120 politicians in total. The list includes Saudi Arabia’s King Salman; Pakistan’s Prime Minister Nawaz Sharif; Ukraine’s President Petro Poroshenko; Argentina’s President Mauricio Macri; Ian Cameron, the father of British Prime Minister David Cameron; and Kojo Annan, the son of former UN Secretary General Kofi Annan. If there are no high-profile Americans listed in the report, it may be because it’s so easy to hide wealth inside the United States that there’s little need to go to Panama.

Panama’s centrality to this story will probably bring new scrutiny to the world’s ten most popular tax havens, all places with a decidedly Anglo-Saxon profile. In order (based on the number of offshore companies incorporated by Mossack Fonseca), they are the British Virgin Islands (BVI), Panama, Bahamas, Seychelles (a former British Crown Colony), Niue (a South Pacific Island with historic ties to New Zealand), Samoa, British Anguilla, Nevada, Hong Kong and the United Kingdom itself. Of these, the BVI is home to (by far) the largest number of havens. Panama runs a strong second. It’s a reminder that as massive as the Panama Papers are, they represent just one bank in the vast offshoring industry.

There are many reasons to hide wealth, and not all of them are illegal. Not all offshore accounts are used for tax evasion or money laundering. But even when the letter of the law isn’t broken, politicians struggle to explain to voters and taxpayers why they have hidden their wealth from view. In the digital age, it’s much harder to keep a secret. Though given the size of this story, the number of powerful people implicated, and the number of reporters working this story, it’s surprising the secret lasted as long as it did. Which means there is certainly more to come. 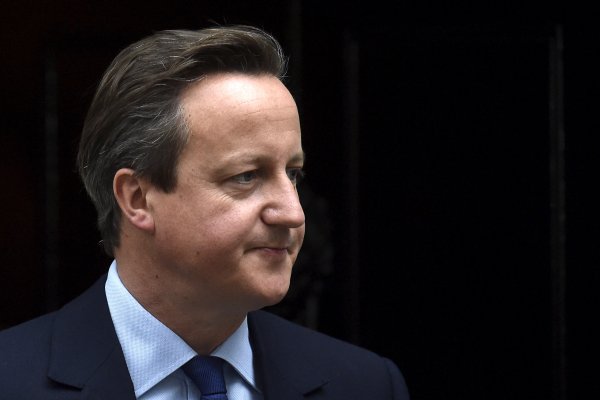 U.K.'s David Cameron Under Fire Over Offshore Fund
Next Up: Editor's Pick