A new round of United Nations sanctions on North Korea has a lot of loopholes, and China is only enforcing those that hit at Pyongyang’s weapons-making capabilities. The rogue nation, that is once again making nuclear threats, is using its hostage population as a human shield in order to get Chinese oil and food.

In January, Pyongyang conducted its forth nuclear test. In February, it launched a long-range rocket. In early March, North Korean leader Kim Jong-un reportedly ordered the military to deploy the country’s nuclear warheads on standby.

It’s not the first time—nor will it be the last—but this colorfully unstable dictatorship will eventually crack, and the price of that could very well be devastatingly nuclear.

Now, in the face of tough new sanctions by the U.N. and ongoing joint U.S.-South Korean military exercises, North Korea is saying it will continue to pursue its nuclear and ballistic missile program in an act of defiance. And Pyongyang says there is no longer any possibility for talks.

The new U.N. sanctions target North Korea’s shipping network, allowing for searches of vessels for cargo that could be intended for Pyongyang’s weapons program.

But it’s tough to get around the economic relationship between China and North Korea. No sanctions can work if China doesn’t play ball. China, after all, is the central point here: Some 90 percent of all North Korean trade flows to or through China.

Oilprce.com: Did Italy And Malta Actually Agree To Swap Oil Rights For Refugees?

Most mineral trade with North Korea is banned, because it’s been used to fund the country’s nuclear program. But food and oil gets through because Beijing ostensibly believes that such crippling sanctions would harm the innocent population and lead to dangerous internal destabilization—which no one wants when a country has its finger on the red button.

The mining sector is being hit hard, but the new sanctions also reveal some interesting connections in the supply chain. According to regulatory disclosures cited by Reuters, there are more than 12 U.S.-listed companies with links to North Korean gold in their supply chains. And it counts even if minerals come through a third-country supplier. The chain has to be followed to its end source. The new sanctions mean that a lot of suppliers face being blacklisted because U.S. companies cannot risk the regulatory fines.

It also means that costs could rise for metals, and particularly gold, as the supply chain develops kinks.

Oh, and the Central Bank of the Democratic People’s Republic of Korea is in North Korea, not South Korea—so companies aren’t going to get away with claiming ignorance on this issue any longer.

So what about oil? Well, this is where the big loopholes become particularly gaping.

Oilprice.com: Driverless Cars Or Electric Vehicles, Which Will Dominate The Future?

A Mongolian oil company is coming under scrutiny for an oil deal with North Korea. According to media reports citing South Korean officials, Mongolian HBOil JSC, an Ulaanbaatar-based oil trading and refining company that acquired a 20 percent interest in North Korea’s Sungri refinery in June 2013, has pulled out of the deal. In May 2014, the company launched a joint venture with Pyongyang.

But HBOil says the reports aren’t true and it hasn’t withdrawn. Mongolia is clearly hedging its bets here and trying to determine how much trouble it could face by going forward with this deal. They may also be trying to determine whether it’s even worth it. The North Korean government is a deplorable investment partner and has delayed the project’s development despite its importance to the North Korean economy as the refinery has been closed down since 2009.

Washington has been trying to get Beijing to cut off the oil taps to North Korea for some time. Beijing, in February, claimed that Pyongyang had already been cut off for two consecutive years, and that overall oil exports to North Korean have fallen by 60 percent since 2013.

But in the absence of any evidence that North Korea is suffering from a lack of oil, many have questioned the veracity of this.

The Chinese claim that there is a 1-million-ton deficit in North Korea’s oil imports. North Korea is so insular it’s impossible to get any oil data, but the speculation on some levels is that if China were in fact cutting off North Korea from oil, there should be reports about fuel shortages or price hikes. South Korean media in particular noted an increase in fuel consumption and an unusual rate of “activity” in Pyongyang.

According to the New York Times, cross-border trade between China and North Korea—both legal and illegal—continues despite the new sanctions. Crude oil is exempt from sanctions, but coal and iron ore are not; nevertheless, they continue to be traded unabated.

The key problem here is the answer to a question that no one is comfortable guessing at. North Korea needs oil. It needs food. If it doesn’t get it, the regime could collapse. But this is no normal regime. It’s a tyrannical overture to a very unstable sort of insanity that has its finger on a nuclear button.

Sanctions won’t really work unless China facilitates them. But what happens if sanctions do work? China is struggling with the philosophical/psychological question itself. On one hand, it is horribly frustrated with Pyongyang and views it as a loose cannon that could gravely upset regional stability. On the other hand, it fears what might happen if sanctions destabilize the regime, or if the regime really feels that its survival is being seriously challenged. 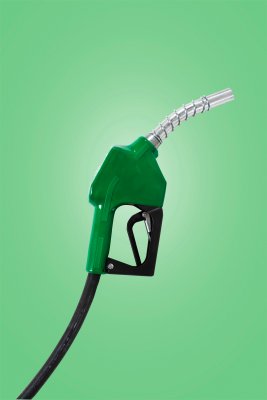 Why Oil Prices Will Rise and You Will Be Caught By Surprise
Next Up: Editor's Pick