After The Walking Dead‘s season six finale ended with a doozy of a cliffhanger on Sunday, many viewers were frustrated—and even outraged—by the decision to not reveal who Negan killed with his barbwire-wrapped baseball bat, Lucille. Since then, over 1,000 fans have signed a petition calling on AMC to reveal who was on the receiving end of the brutal beatdown.

Unfortunately, their list of demands seems slightly unreasonable. “I would like AMC to show us who Negan killed in the Season 6 finale of The Walking Dead,” the petition’s description reads. “We want this either in an interim episode that borders Season 6 and 7, or a short R-Rated webisode that shows us the death in all it’s bloody glory. Either of these are fine as long as it’s released before May 30th.”

Read More: Here’s Why The Walking Dead Fans Are Annoyed About That Cliffhanger

However, executive producer and director Greg Nicotero recently said that not only has the actual kill scene not been filmed yet, no one in the cast knows which character died. “We didn’t have anybody there because we didn’t want even somebody on the crew or somebody there to go, ‘Oh I get it, I know what’s going to happen,'” he told Entertainment Weekly. “So I think they were all gone. We built a little rig for Jeffery [Dean Morgan] to hit so that there would be impact with the baseball bat.”

All of this is to say that TWD agreeing to film and release an entirely new episode within two months seems pretty improbable. Not to mention that the show has a history of not responding to fan petitions. More than 65,000 people signed an appeal to bring back Beth Greene after she died in the midseason finale of The Walking Dead‘s fifth season, a request that was obviously not granted.

For now, new episodes of The Walking Dead will return in the fall on AMC. 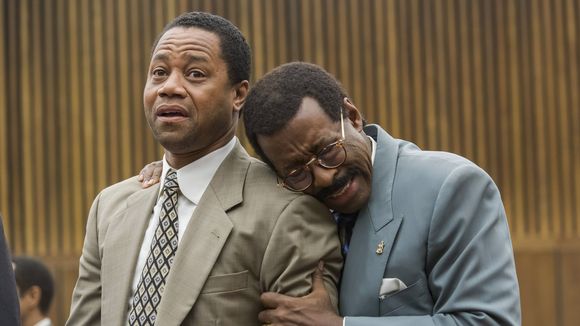 The People v. O.J. Simpson Finale Proved the Show Is a Modern Masterpiece
Next Up: Editor's Pick