In the course of researching how South Asian writers circulated in literary London between the World Wars, I spent some time immersed in the Harry Ransom Center’s expansive P.E.N. archive. Although I was primarily focused on London P.E.N.’s gatekeeping function—P.E.N. members such as the editor John Lehmann of the Hogarth Press were influential in determining whether and how the work of young South Asian writers reached a British readership—I also appreciated the dynamic insights the P.E.N. archive provides into the early identity of the organization, which has operated continuously since its founding in 1921.

Today, P.E.N. (Poets, Essayists and Novelists) International has an explicitly political identity. The organization runs international campaigns to support freedom of expression by advocating for writers who have been criminally prosecuted and imprisoned due to their work. When P.E.N. was established in London during the early 1920s, its founding members espoused the values of freedom of expression and international peace that continue to anchor contemporary P.E.N.; rather than forming political campaigns, however, early P.E.N. members fore-fronted hospitality and society among writers internationally as means to facilitate peace among nations.

A quick glance at the P.E.N. homepage today provides an immediate sense of the organization’s mission and objectives: subheadings include “Writers At Risk,” “Impunity in Honduras,” “Linguistic Rights and Education,” and “International Advocacy.” But during the early years of the organization, political activism in the name of P.E.N. was actively discouraged by early leaders. A P.E.N. newsletter dated November 15, 1927, covers a speech by P.E.N. President John Galsworthy, in which he cites a resolution recently passed by P.E.N. leadership:

P.E.N. emerged during a moment of postwar optimism regarding the potential of human fellowship to overcome the contingencies of geopolitical power. Although this optimism would recede with the advent of fascism and the onset of World War II, it determined P.E.N.’s emphasis on social rather than political relations during the interwar period. In a foreword to the 1926 P.E.N. Club Book Ball fundraising gala program (pictured below), Book Ball planning committee member John Drinkwater reflected on the rationale behind P.E.N.’s founding:

Here, Drinkwater details the logic behind the formation of P.E.N. as a social rather than a political organization. In the process, he demonstrates the powerful faith his community of liberal poets, essayists, and novelists had in the capacity of friendly individual relationships and civil discourse to effect “international goodwill” and create conditions for peace.

Given this emphasis on the social, it follows that the earliest materials in the P.E.N. archive strongly feature food, drink, and dance. At its founding, P.E.N. identified as an informal “dinner-club” where, according to an early statement on membership criteria, “well-known writers of both sexes can meet,” and where “visitors from abroad can hope to find them.”

Read the rest of this article at the Ransom Center’s Cultural Compass blog.

Charlotte Nunes is a Mellon Postdoctoral Fellow in Digital Scholarship at Southwestern University. She visited the Harry Ransom Center in June 2015 to conduct research on the circulation and reception of South Asian writers, including Mulk Raj Anand, Ahmed Ali, Raja Rao, and Sajjad Zaheer, in literary Bloomsbury between 1920 and 1940. Her findings will be published in an essay co-authored with Snehal Shingavi, to appear in the collection British Literature in Transition, 1920-1940, edited by Charles Ferrall and Dougal McNeill and under contract with Cambridge University Press. Nunes’s research was supported by a fellowship from the Andrew W. Mellon Foundation Research Fellowship Endowment. 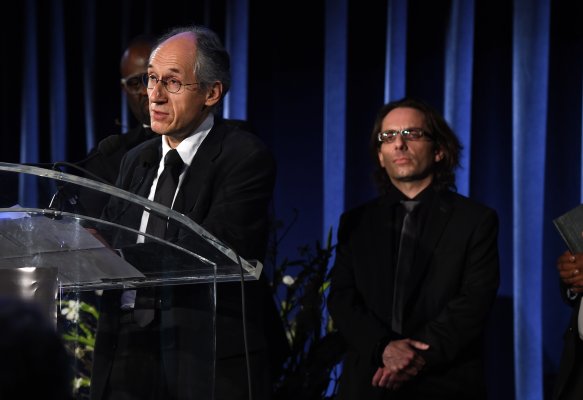