Why Cruz is Winning

Wisconsin produced the expected—and needed—wins for the challengers and disappointing upsets for the front-runners Tuesday. Ted Cruz won 36 of the state’s 42 delegates, with the balance awarded to Donald Trump, narrowing their delegate gap and increasing the likelihood of a contested convention. Cruz showed the first signs of building a broad party coalition against Trump, winning nearly all demographic groups and putting up his best numbers among non-evangelical voters of the cycle. As the map shifts eastward, he will find himself in greater competition with John Kasich, who pulled out of Wisconsin but may be stronger in the coming states. Trump’s campaign responded to the loss with an unusual statement calling Cruz a “Trojan horse candidate” for the GOP establishment and accused him—without any evidence—of violating election law by allegedly coordinating with his super PAC.

Across the aisle, Bernie Sanders got his latest victory, narrowing Hillary Clinton‘s pledged delegate lead and exposing some gaps in her coalition. But the delegate split was still favorable to Clinton and her path to the nomination has been elongated rather than put into question. In a new interview, Clinton is expressing frustration about the race with Sanders, suggesting once again that the avowed socialist isn’t truly a Democrat. It reflects the increasingly bitter tone of the race, which has no sign of ending as Sanders’ financial juggernaut keeps him around even without a clear delegate path.

President Obama weighs in on Donald Trump’s plans to block remittances to Mexico to force the country to pay for the border wall. With two weeks of campaigning before the primary, New York prepares for a wacky race. And a Trump backer sends a threat to delegates.

“They don’t expect half-baked notions coming out of the White House. We can’t afford that.” — President Obama warning that Trump and Cruz policy positions are giving world leaders pause

“Hillary, get ready, here we come.” — A victorious Ted Cruz putting the cart before the horse after his Wisconsin win 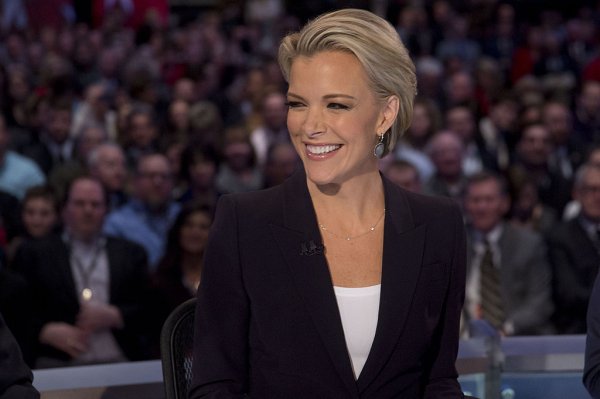 Megyn Kelly Isn't Sure If She's Staying With Fox News
Next Up: Editor's Pick