China has commenced operations at a lighthouse it built on one of the country’s controversial artificial islands in the South China Sea, Reuters reports.

The structure stands at 180 ft. tall, rising over Subi Reef, once a partly submerged natural landmass that China has artificially expanded to accommodate military operations. Construction of the lighthouse began in October; China’s Transport Ministry held a ceremony to mark its completion on Tuesday.

A report from state news network Xinhua, quoted by Reuters, said that the lighthouse will “provide efficient navigation services such as positioning reference, route guidance and navigation safety information to ships, which can improve navigation management and emergency response.”

However, the project is also the latest in a series of assertive territorial moves in the South China Sea, which China’s smaller neighbors in the region say have overstepped their maritime sovereignty. Two other Chinese lighthouses are currently under construction in the area. 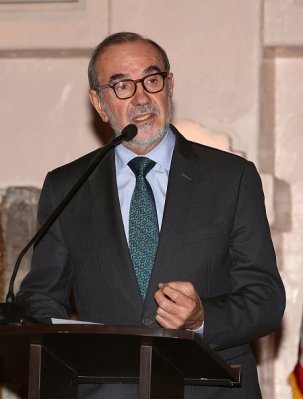 Mexico Replaces Top Diplomats Over 'Hostile Climate' in U.S.
Next Up: Editor's Pick