Eighteen suspects face multiple charges, including attempted lewd battery, after they were arrested during a week-long undercover investigation that ended Monday, Polk County Sheriff Grady Judd said. They all allegedly responded to fake online ads from undercover detectives posing as children. Not all of them worked at the Florida theme parks.

Authorities said the suspects solicited who they thought were children as young as 13 for sex acts. “Any child with a social media device means a predator has access to that child,” Judd said in a statement.

Among those arrested is Jeffrey Erich Binder, a 26-year-old security guard at Walt Disney World, who arrived at an undercover spot to have sex with who he believed was a 14-year-old girl, the sheriff’s office said. He has been placed on unpaid leave pending the outcome of the charges, Disney World spokesperson Jacquee Wahler told CNN.

Arthur Joseph Nelson, 19, a janitor at SeaWorld Orlando’s Discovery Cove theme park, faces similar charges and has been fired by SeaWorld, according to CNN. 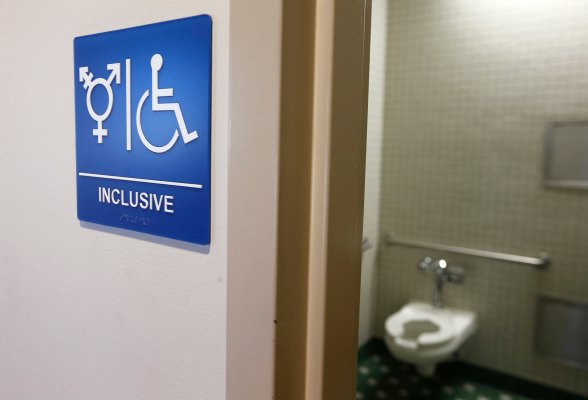 California Takes Another Step Toward 'All Gender' Bathrooms
Next Up: Editor's Pick