What Most People Forget About Success

You can’t become a successful writer, artist, entrepreneur, designer, potter, architect, software developer or puppeteer over night. There is no such thing as a surprise, smash hit. Nothing is immediate.

That’s something that I am completely, 100% sure about. Any success is going to take a commitment of time, and a solid amount of time at that. No matter where you want your career to go, the only way to get there is to accept that you are going to have to dedicate years of your life to it.
I like to follow one rule. I never start anything that I’m not prepared to commit 5 years of my life to. That’s a long time frame, I know. But it gives me room to plan, to try and to measure what I’ve done.

I figure at the end of 5 years, if I haven’t succeeded or I can’t predict success, it’s time to re-evaluate.

You don’t have to necessarily set that many years out. But you do have to think in that kind of time frame, because expecting anything to happen faster is only going to disappoint you and burn you out.

Read more: How to become more likable — 4 Tips That Will Change Your Life

It takes time to learn.
I feel like we’ve lost sight of this. We all measure our current success, before we’ve achieved anything, against the current success of people who had a head start on us and have refined and worked on what they do.

The thing is, all of those people put in years of work before they could reach a level of competency, skill and creativity that allowed them to create the work you look up to. You can’t just start out, wave a magic wand and become as good as them. So you learn. Or you try to learn.

It takes time to get it right.
I hear from artists, and writers, and founders all the time who tell me they’ve created something but it’s not perfect, and they don’t know how to fix it before releasing it. To those people, I say this. You will never, ever perfect it. Because nothing is ever perfect.

All you can do is improve. Constantly improve. And the one, single way to do that is to set whatever you’re working on loose, gather feedback and try again. You repeat this process every time you make something, and sooner or later, you’re going to get better.

That takes time. Getting it right takes time. Iterating, modifying and improving can take years. Sure, I do OK as a writer and entrepreneur. I have my share of readership, and I have a growing list of clients. But it has taken me a long time to get here.

I’ve been writing online for around 15 years, all up. I’ve been starting and running businesses ever since I was 17. I have so many years of failure under my belt that I could write the book on it — and I just might do that.
Getting to the point now where I’m happy with what I’m achieving, it took time.

It takes time to build an audience.
You can’t expect anyone to be listening, reading or buying straight out of the gates. It doesn’t work like that.

Let me tell you about a band called Green Day. Sure, they had a break out album in ’94 with Dookie. But did you know that was their third album? And that they’d been together for 8 years before they released it?
That was 8 years of work. Touring, writing, playing shows to empty rooms full of drunk weirdos who didn’t give a shit. Releasing songs that nobody liked. Sharing a style of music that was patently un-cool.

They built up that audience one-by-one. Show by show.

My point is, you can’t expect to write something, release something, design something and suddenly be blasted to the top of the world and lauded by your peers. Sure, it happens. There’s always exceptions, but they are just that — exceptions.

Read more: How my parents taught me about finances

I started this article out with a quote from Jeff Bezos, the founder of Amazon.

Amazon are one of the only companies who weren’t completely devastated by the Dotcom crash. Looking back on the graveyard of promising startups and entrepreneurs who were wiped out by the crash, Amazon’s grave is still empty.

I hate those articles that promise to tell you the One Single Reason X Was Successful — those are always bulls***, because there’s never a single reason for anything. When you try and find one, you’re trying to tell a story rather than state the facts.
But I do know one reason for Amazon’s success. And survival. And continual rise. Jeff Bezos doesn’t think on short time frames. He doesn’t try for instant, hyper growth and he doesn’t expect the world to turn a the snap of his fingers. He can wait for success, and work for it.
You can too. 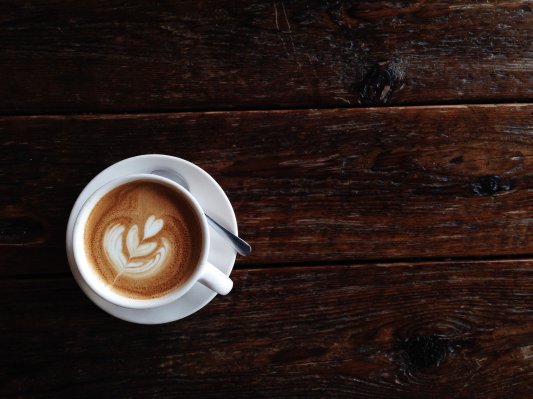 The Super-Simple Trick That Will Make Your Mornings More Productive
Next Up: Editor's Pick