Ted Cruz picked up an easy win in the Heartland, besting Donald Trump in Wisconsin’s Republican primary on Tuesday.

But the victory’s value was less about the 42 delegates at stake than the roadblock it offered to Republicans trying to make Donald Trump’s pathway to the nomination as difficult as possible—if not outright unworkable.

The Texas Senator looked as though he was set to deny Trump at least 32 of the delegates and claim them as his own. While Cruz earned his victory, there’s almost no way that he will arrive at the GOP convention in Cleveland as the undisputed nominee. His goal is to prevent Trump from being it either.

“Tonight is a turning point,” Cruz told supporters in a victory speech. “It is a rallying cry, it is a call from the hardworking people of Wisconsin.”

It is increasingly plausible—if not guaranteed—that no candidate will arrive at the GOP convention in Cleveland this summer with the 1,237 delegates required to claim a the nomination. That could send the party into a flurry of backroom trading—and a tailspin of activist rage. Trump has cultivated deep distrust among conservatives about the GOP Establishment and used that to fuel his anti-Washington movement.

Establishment-minded Republicans, however, were continuing their plotting to thwart Trump, a billionaire reality star who remains atop the field. They invested heavily in Wisconsin, hoping to finally find a way to cast the political neophyte as unacceptable. But perhaps Trump’s own missteps on NATO, nuclear policy, immigration, abortion and executive privilege combined to leave Trump on his heels.

Many observers were left scratching their heads about how a President Trump would behave. His criticism of Wisconsin Gov. Scott Walker, who was elected three times in four years by the voters of his state, proved to particularly fateful. Walker remains a deeply popular figure among the state’s conservatives, if loathed by liberals. Trump piled-on Walker, hoping to siphon off moderates to his camp in the southern tier of the state. It didn’t work.

Trump stumbled in the state that should have been tailor-made for the bombastic front-runner and where he was leading surveys just weeks ago. The state’s open primary, in which Democrats and independents could participate in the Republican vote, should have favored Trump, along with the state’s manufacturing base. Cruz’s wins along a wide variety of demographic points—as well as Ohio Gov. John Kasich’s poor performance in a state he abandoned—lends credence to the notion that he is succeeding in uniting the party’s #NeverTrump faction.

But despite the win, that movement faced signs it faces some resistance: 56% of Republican voters said the nomination should go the candidate who arrives in Cleveland with the most votes should be the nominee, according to exit polls. Not surprisingly, most of those voters are Trump supporters.

Trump’s advisers conceded this has been the toughest two-week stretch of a campaign few thought would be serious, let alone within striking distance of the White House nomination. Yet he was moving forward with his plans and preparing to open a campaign office in Washington, from which his lieutenants could keep closer tabs on the Republican National Committee and start to build an operation to work with the Establishment eventually as the nominee.

Yet Tuesday did not go the way Trump had hoped. He in recent days had hinted that he could close his polling disadvantage against Cruz in Wisconsin, a state that allowed all comers, regardless of party affiliation, to cast ballots. Such a system the had in previous elections favored the outsider Trump, and he promised a surprise. Trump devoted inordinate time to the state, even missing his grandson’s circumcision to campaign in the state.

Yet Trump signaled he wasn’t confident he would prevail and instead watched the returns from his home state in New York, which votes on April 19. Connecticut, Delaware, Maryland, Pennsylvania and Rhode Island vote a week later, which would seem to suggest an opening in the Northeast for Trump to best his ultra-conservative rival.

Those states were unlikely to be settle the nomination, with many of them just offering split pots of delegates to winners and also-rans. With fewer states up for grabs, and a mathematical path to winning tightening, the candidates are adding veterans of previous conventions to their teams to help prepare for a messy fight on the shores of Lake Erie. Trump and Cruz are making stops in Colorado this week to in an effort to influence that state’s GOP convention where crucial unbound delegates to the convention will be selected.

And in a signal of just how far this nominating fight is likely to go, Trump scheduled a Friday meeting with reporters near Los Angeles. California votes on the final day for Republican balloting, June 7.

Cruz, too, was looking to use his victory in Wisconsin to force party leaders to reconsider their opposition to him as the nominee. Cruz is among the most disliked people in the GOP, but he is predictable and represents the Establishment’s best chance to derail Trump’s march to Cleveland. In a two-man race to lead the Republicans, he was betting he was the lesser of the two.

In what has become a pattern, that third Republican, Ohio’s Kasich, initially seemed bullish on Wisconsin, but abandoned the state as he shifted his campaign to what he hopes will be friendlier territory in New York and Pennsylvania. Kasich cannot mathematically capture the required delegates needed to become the nominee on the first ballot, yet his advisers are betting party insiders turn to him if Trump and Cruz also come up short.

Heading into balloting on Tuesday, Trump had won 49% of delegates. To secure the required number of delegates, he would need to win 53% of the remainder. It is a tough climb, especially with Cruz’s team successfully picking off delegates here and there at state conventions. Coming out of Tuesday, those odds got tougher, with Trump requiring at least 55% of the remaining delegates.

Democrats, meanwhile, watched front-runner Hillary Clinton suffer yet another loss at the hands of populist Bernie Sanders. Clinton has the advantage among delegates and is on track to be the nominee, even though Sanders, like Trump, continues to enjoy his upper hand in states where primaries are not limited to party loyalists. Sanders has won six of the last seven contests.

Exit polls show Sanders won overwhelmingly with whites across all income groups, as well as with independents.

Considering the demographics of the state, his victory was not a surprise: Clinton aides for days had been playing down expectations in the state and looking ahead to New York. Clinton was not in Wisconsin on Tuesday and instead spent the day campaigning and fundraising in New York.

Clinton’s loss is unlikely to set her too far back in her chase of the Democratic nomination. Wisconsin awards its 86 delegates proportional to vote tallies. Sanders would have to win roughly 60% of the remaining pledged delegates to have a shot. So far he has earned only about one-third.

Still, Sanders’ victory is yet another important boon to his candidacy and will likely help him raise funds to continue his bid. With victory likely in the Wyoming caucus next week, Sanders is set to enjoy seven victories in a row.

That left the spotlight on the Republicans, who were inching toward chaos under the party’s byzantine nominating rules, which could still be changed before activists assemble in Cleveland this summer. That’s one reason why party leaders were still holding out hope that they might derail Trump. 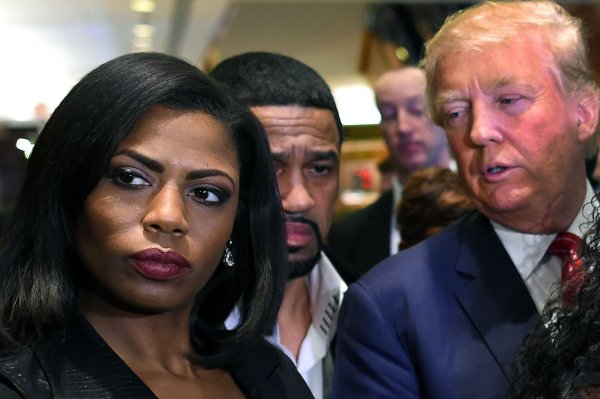