'What Motherhood Taught Me About Grief'

When I was pregnant with my daughter, my first child, I stupidly thought I would be immune to feeling sad about my mother’s death. After all, she had died when I was 14, and I was now 32. I’d crossed that grief threshold where I had lived many more days without my mom than with her.

And so I spent much of my first pregnancy feeling smug, convinced that, with self-awareness, I could somehow ward off the reminders that I was becoming a mother without my own beside me. I refused to succumb to maudlin thoughts about how my mom would have been overjoyed by the simple act of buying baby clothing and how she would have gushed over grainy ultrasound pictures. Instead, I turned to my brother and my dad, whose enthusiasm seemed like more than enough.

And when it came time to think of names, I again refused to get emotional, instead suggesting stoically that, in keeping with Jewish tradition, I’d like to honor my mother, Elizabeth, with an E name. And so our baby girl became Elili.

Of course, I crumbled eventually—just two weeks after Elili was born. In my defense, at least the trigger, if not the inevitable breakdown, was unforeseeable. My daughter turned yellow. Not mildly yellow, but florescent, like she had eaten a highlighter. It was jaundice. In the emergency room, we watched as the doctors stuck a feeding tube down her tiny nostrils, extracted blood from her tiny veins, stripped her down naked and applied florescent lights to her tiny body.

I think, deep down, I knew that Elili would be O.K. Still, I broke, clean and in half. At 4 a.m. during our second hospital visit, it didn’t matter that I was a grown woman, separated by decades from the tentacles of my biggest loss. With my baby looking disconcertingly like a rotisserie chicken under the UV light, all I could think about was how much I wanted—needed—my own mother to be there. But there was only one mom in that room that night, and—inconceivably—that position of honor was held by me. So I did what no parenting book suggests: I mirrored my baby daughter by crawling into the fetal position and crying.

Later, when we returned home from the hospital and our new routine took hold, I waited for my grief to dissipate. But I was exhausted at the cellular level. The presence of my in-laws, who couldn’t have been more supportive or helpful or loving in those early days, only seemed to amplify the fact that my own team was missing.

Rooted even more deeply within my grief was a crippling fear: I was scared I would be a terrible mother. That maybe the last 17 years I’d spent without one had sapped me of my maternal instinct. That I would die and leave Elili motherless. That my husband would die and leave me to parent alone. Worst of all, that Elili would die, the one kind of loss that I knew I wasn’t strong enough to recover from and yet couldn’t stop picturing with my writer’s vivid imagination.

Read more: President Obama: The World I Want My Daughters to Grow Up In

Throughout the night, my hand would, invariably, reach out to her chest.

“Stop doing that,” my brother said, when I asked in a crowded coffee shop whether she was still breathing.

I later asked my husband—who is surprisingly well-adjusted—if he ever worried about the baby dying, if he too checked on her in the middle of the night or had nightmares about flash floods, malignant tumors, accidentally Fed Exing her to a different country. This may happen to all moms, I can’t say for sure, but my husband didn’t share my newfound sense of paranoia.

The grief-driven fear put me on constant high alert. It seemed rational to assume that the worst thing I could ever imagine not only could happen, but would. At 14, I hadn’t been prepared at all for my mom’s death; this time, I wouldn’t be caught off-guard.

The breaking point—my realization that I had gone over the edge—came one night when I fell asleep before my husband. When he came to bed, he slipped his hands under the waistband of my pajamas.

Me (panicked, and in all seriousness): You mean she’s not in my pants?

We laughed the next morning at my delirium, but the moment was telling. Every molecule of my brain was saturated with Elili, and not in a healthy new-mother myopia sort of way. I literally couldn’t conceive of any other reason—other than a baby emergency—why my husband would reach for me in the night.

Suddenly, it occurred to me that what should have been a glorious and exhilarating time had turned dark and anxiety-filled without my even noticing. I set limits (no need to check on her breathing every 10 minutes). When the doctors handed me a new and legitimate medical reason to worry—something not made up like my obsession with suffocation, but an actual cyst found during an ultrasound—I chose to believe them when they said they were common and nothing to lose sleep over. I didn’t even give in to the temptation to Google. I had finally had enough; I never intended to be a mother driven completely by paranoia.

Read more: 5 Ways Being a New Mom Can Help Your Career

Not too long ago, Elili turned 6 years old. When we took a picture of her to chronicle the event, I thought about my mom and wished she could be there to see the amazing kid she’s become. There was of course a sting when I remembered my mom will never get to experience the pure pleasure of grandparenthood, won’t get to see my daughter’s and now my son’s perfect smiles. Or perhaps even more disturbingly, that my children will never get the chance to meet their namesake, that no amount of storytelling or pictures or even home videos will make real for them this phantom grandmother. But I always make sure to stop indulging myself there. I am the only mom in the room now.

And if there’s one thing I’ve finally learned in the last six years, one of the many immeasurable ways motherhood has changed me, it’s that there is no answer to grief. It is not something we need to indulge or push away. It’s O.K. for our biggest losses to live alongside our happiest moments, to feel them without resisting or stoking, and maybe when we are our best selves, to aspire to let our grief deepen our gratitude. During pregnancy, I spent way too long burying thoughts of my mom. And after Elili was born, in my post-partum haze, all I could do was marinate in my loss. Now, I realize that I can live in this amazing in-between. I can feel both loss and fulfillment simultaneously.

We don’t have to choose. We’re not supposed to.

Julie Buxbaum is an author whose most recent novel, Tell Me Three Things, is in stores now. 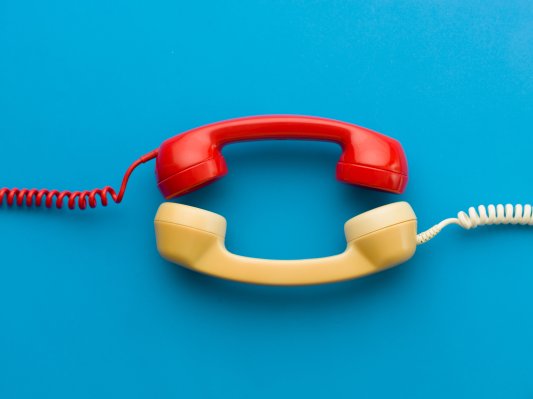 5 Ways to Instantly Connect with Anyone You Meet
Next Up: Editor's Pick