Volunteers from the A-Life adolescents group help youth in West Point, Monrovia, Liberia register on U-Report, a sms-based platform that enables over 71,000 youth to receive information and share issues that are relevant to them.
UNICEF/2014/Jallonzo
Ideas
By Michal Zebede and Shiza Shahid

Michal Zebede is a screenwriter and producer known for the social-justice news show ASPIREist. Shiza Shahid is the co-founder of the Malala Fund, a host on ASPIREist, a social entrepreneur, speaker and women’s rights advocate.

Monrovia, Liberia – Every time 15-year-old Sarafina (whose name has been changed for her privacy) entered math class, she braced herself for a challenge no student should have to face: her male teacher would harass her, ask her to give him “love” and touch her inappropriately.

Sarafina initially coped by pretending this was not happening; when her teacher’s advances escalated to inappropriate touching along with more assertive and frequent sexual requests, she told him to stop. But the harassment persisted, and she began skipping school for days at a time. At the end of the school year, the teacher refused to give Sarafina her report card, without which she could not move on to the next grade. Her parents kept asking her about the missing report card but, scared and ashamed, Sarafina refused to explain its absence.

Meanwhile, the teacher began to call her at home. “You are a stubborn child,” he said. “I ask you all the time to be my girlfriend, and you refuse. Unless you accept my offer, I will not give your report card to you.” Unbeknownst to him, Sarafina had decided to let her father listen in on this phone call.

Sarafina’s story is unfortunately a common one in her country. Last September, UNICEF sent a text to young Liberians through mobile platform U-Report, that read simply: “Do U agree that sex 4 grades is a problem in our schools?”

The report showed that 86% of young respondents from all regions of the West African state replied “yes.” (Although the question was posed to confirm the bias, there are statistics that illustrate a widespread problem.)

Another study commissioned in 2014 by the Liberian government called “Passing the Test – the real cost of being a student” found that almost one in five students has been abused by teachers or school staff.

“The kind of accountability that we’re used to here in America simply doesn’t exist,” says Sheldon Yett, UNICEF’s Liberia representative. “Teachers have a high status in Liberia’s close-knit communities, where children are not taught to speak up.” Moreover, rural communities already struggle to fill teaching positions due to a shortage of local educators. Many times, officials feel they have no choice but to turn a blind eye.

It not just young girls but also young boys who are affected by this epidemic. One top student, Gabriel, told us that a teacher had become jealous of his friendship with a classmate, Alphia. The teacher propositioned Alphia; when she refused, he incorrectly assumed she was in a relationship with Gabriel. The teacher then failed Gabriel – despite his high academic performance – forcing him to leave the school.

In Sarafina’s case, her father went to her school and successfully demanded that the report card be granted. But the following year, it was Sarafina who was put on trial. Teachers and administrators reprimanded Sarafina for having reported her teacher’s sexual advances. Their treatment of Sarafina grew so severe that she was compelled to change schools. The math teacher remains unpunished.

The exploitation of students in Liberia takes place against a backdrop of crushing poverty. The cost of education means young girls are often faced with a choice between dropping out or agreeing to perform sexual acts. Even if they are fortunate enough to be able to go to school rather than work at a young age, they may not have enough money for fees, uniforms or school supplies. One young girl we spoke to reported that “sex 4 grades” is sometimes encouraged by parents, who know it’s the only way for their child to stay in school.

These crimes against Liberia’s young people are to some extent an extension of the gender-based violence experienced by women and girls during the civil war, which lasted from the 1990s until 2003. The war also left the country’s institutions in a state of disarray, paving the way for rampant corruption and often denying the victims of sexual violence recourse to the police, the judiciary or health services.

Yet there are some signs of progress. The government of Ellen Johnson Sirleaf, the first female head of state in Africa, has declared eradicating gender-based violence a priority. In 2014, the Ministry of Education launched a commission to document the extent of the crisis in schools and make recommendations to solve the problem. These included enforcing codes of conduct among staff, prosecuting offenders effectively, preventing offenders from being re-deployed in schools and minimizing school fees.

There is a lesson here about the importance of listening to the voices of young people, and including them in solutions to pressing social issues. As the country heals after years of conflict, it is vital that we do all we can to help ensure Liberia’s children attain the basic right to an education, free from harassment and abuse. 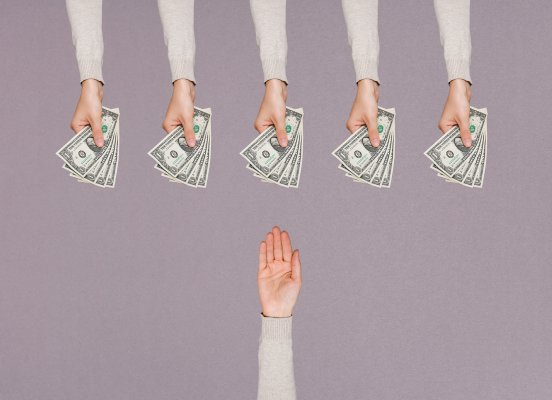 How Obamacare Just Made Filing Your Taxes Worse
Next Up: Editor's Pick