Starbucks' Fan Favorite Frappuccino Is Back for 6 Days

To celebrate National Caramel Day on April 5, Starbucks is reintroducing one of its past drinks.

The Caramel Cocoa Cluster Frappuccino is returning to the coffee chain on Tuesday, but for a very limited time, Starbucks announced in a press release. It will once again be removed from the menu on April 11, after just six days.

The blended beverage was first introduced at Starbucks last summer as part of a contest, the “Frappuccino Flav-Off,” as a way to celebrate the Frappuccino’s 20th anniversary. Customers were asked to choose their favorite Frappuccino out of six new flavors. The other five were Cinnamon Roll, Cotton Candy, Cupcake, Lemon Bar, and Red Velvet Cake. The Caramel Cocoa Cluster was voted the fan favorite with more than 2 million votes.

The drink blends together toffee nut syrup, Frappuccino Roast Coffee, milk, and ice. It is then topped with a thick layer of caramel sauce and whipped cream, and is finished off with a drizzle of mocha sauce.

Starbucks had a similar promotion just last month when it offered a Cherry Blossom Frappuccino for five days to celebrate the beginning of spring. 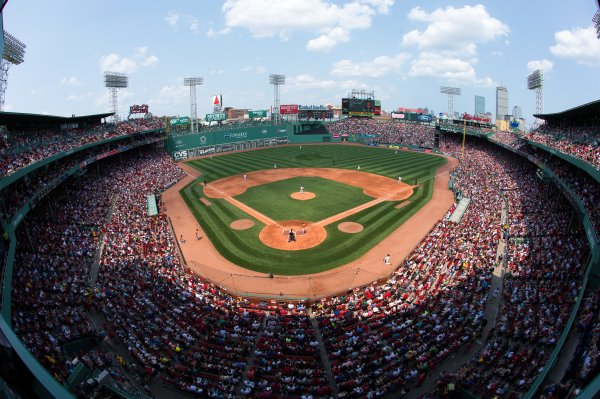 Here's How Much Baseball Games Will Cost You This Season
Next Up: Editor's Pick