Video and photos are now going viral of four penguin chicks that hatched at the Chester Zoo in Chester, England, between March 27 and April 5.

They have been named Wotsit, Quaver, Frazzle, and Cheeto after brands of potato chips (or crisps, as they’re called in Britain).

South American Humboldt penguins are listed as vulnerable on The IUCN Red List of Threatened Species. According to the zoo, they “‘fly’ through the water at speeds of up to 25 mph” and feast on crustaceans and fish like anchovies, herring, and smelt. 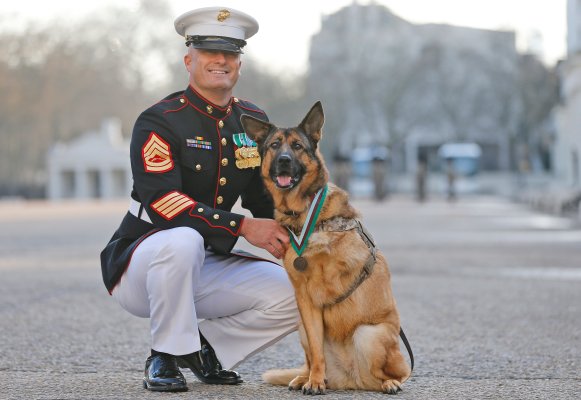 Heroic Dog Awarded Top Military Medal After Losing One of Her Legs
Next Up: Editor's Pick