Here's Where The Walking Dead Season 7 Will Pick Up

The Walking Dead’s sixth season finale left viewers shocked on Sunday when it ended with a nail-biting cliffhanger. As “Last Day on Earth” drew to a close, the villainous Negan—played by Jeffrey Dean Morgan—finally made his debut. The character wasted no time proving why he’s a force to be reckoned with, taking his barbwire-covered baseball bat, Lucille, to the head of a major character as the final scene faded to black. However, due to a camera angle switch, fans were left wondering which Alexandrian met their end. Since then, there has been much speculation—and even outrage—over who was on the receiving end of the attack and how the next season will begin.

On Monday, Morgan cleared up some of the confusion over the episode’s inconclusive ending, explaining that no time will have passed in the first scene of season seven. “We will pick up directly from what we saw last night,” he told reporters, according to Vulture. “Season seven is going to pick up right where we left off. So you’re going to see who’s on the end of that bat. I didn’t know it was going to be a cliffhanger until I watched the show. That was done in my world.”

When asked about where the show plans to go from here, executive producer Gale Anne Hurd told Deadline that the AMC drama’s seventh season will focus on exploring the dynamic between the Alexandrians and their new enemy. “Season seven certainly is going to be all about the game-changer that is Negan and what that means to the world of The Walking Dead and all of the characters in it,” she said. “He’s certainly the most formidable foe that Rick has ever encountered, not only in the comic books but now on the show. We certainly got a taste of that in the finale.”

The Walking Dead will return in the fall on AMC. 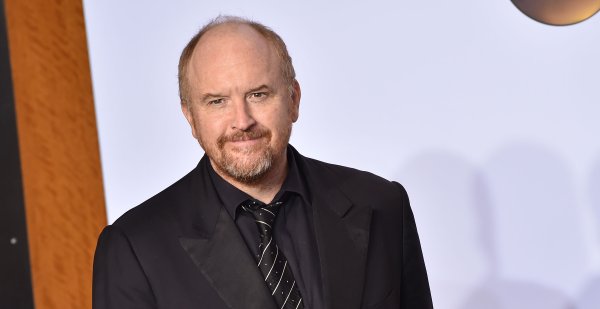 Louis C.K. Says Louie May Not Be Coming Back to TV
Next Up: Editor's Pick