WASHINGTON, DC - MARCH 2: at the Supreme Court, March 2, 2016 in Washington, DC. On Wednesday morning, the Supreme Court will hear oral arguments in the Whole Woman’s Health v. Hellerstedt case, where the justices will consider a Texas law requiring that clinic doctors have admitting privileges at local hospitals and that clinics upgrade their facilities to standards similar to hospitals. (Drew Angerer/Getty Images)
Drew Angerer—2016 Getty Images
By Charlotte Alter

New research from the National Abortion Federation showed a dramatic increase in death threats against abortion providers that coincided with the release of heavily edited videos of Planned Parenthood officials last year.

The NAF, a pro-abortion rights group which has been compiling statistics on violence and harassment of abortion providers for almost four decades, recorded 94 threats against providers in 2015, up from just one in 2014. Robert Dear’s shooting attack on an abortion facility in Colorado Springs last November resulted in three deaths and nine more injuries, up from zero deaths in 2014, the report found. Three of the 11 killings deemed by NAF to be abortion-related murders since 1977 occurred in that attack. One abortion provider told NAF it had received threats to “pull a Columbine and wipe everyone out.” Another anti-abortion extremist called for mass arson at every abortion clinic in the country, and within three months of his post, fires were started at clinics in Washington, Louisiana, California and Illinois.

Clinic blockades almost doubled between 2014 and 2015, NAF said, and picketing increased fourfold to 21,715 reported incidents—more than any other year on record. The number of suspicious packages and hoax devices sent to clinics also quadrupled to 35 in 2015 from nine in 2014.

NAF said the threats and violence in 2015 “directly correlates” to the release of heavily edited, secretly recorded footage of Planned Parenthood abortion providers, orchestrated by the Center for Medical Progress, an anti-abortion rights group.

David Daleiden, the anti-abortion activist who founded the Center for Medical Progress, condemned the report in a statement Tuesday. “NAF and Planned Parenthood’s insinuation that free speech equals hate speech is an attempt to shut down a debate they are losing and silence hundreds of millions of pro-life Americans,” he said. “CMP’s videos have a powerful message of non-violence and raise serious legal and ethical questions about Planned Parenthood and NAF’s unaccountable abortion-for-baby-parts business.” Despite several major investigations, no state has yet found any evidence that Planned Parenthood has sold fetal tissue for profit, and a Texas Grand Jury that was investigating those allegations instead chose to indict Daleiden and another anti-abortion activist for a felony charge of tampering with government documents and a misdemeanor charge of purchasing human organs.

“This report shows in stark black and white what our brave and committed doctors, providers, patients, and health center staff face every day,” said Cecile Richards, president of the Planned Parenthood Federation of America. “The NAF report shows the real impact that political attacks and inflammatory rhetoric can have on Americans’ ability to access reproductive care.” 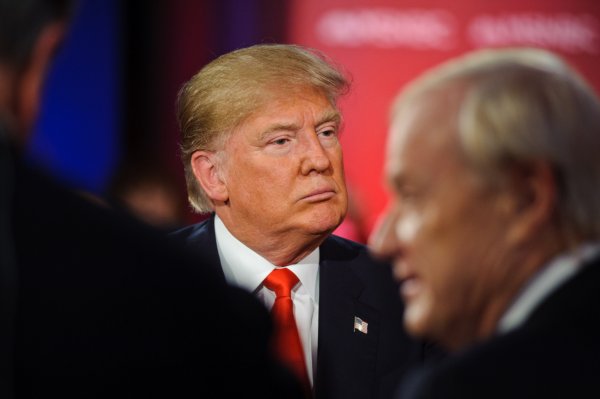