Behind the Panama Papers: How the Massive Document Leak Came to Be

The investigation took more than a year, commencing after Bastian Obermayer, a reporter for the German newspaper Suddeutsche Zeitung, was contacted by a still-unknown figure. The source asked whether the paper wanted access to 40 years worth of information from the Panama firm, including the details of holding companies and accounts related to dozens of prominent European politicians.

Suddeutsche Zeitung subsequently partnered with the International Consortium of Investigative Journalists, which in turn is an arm of the U.S.-based nonprofit Center for Public Integrity. By the time the project was complete, hundreds of journalists from more than 100 media outlets around the world had worked on the investigation.

ICIJ director Gerard Ryle described to Wired magazine about how the organization coordinated the giant project. Although he didn’t go into any detail about how the massive database (more than 2.5 terabytes) was stored or shared, Ryle said the project even had a chat function so that reporters for different publications could discuss the information.

“If you wanted to look into the Brazilian documents, you could find a Brazilian reporter,” Ryle told Wired. “You could see who was awake and working and communicate openly. We encouraged everyone to tell everyone what they were doing.”

This isn’t the first large, multi-national research project in which the ICIJ has been involved. The group also helped coordinate reporting around a previous leak of offshore banking information in 2013. But the Panama Papers is much larger than even that project was. It is also much larger than the WikiLeaks diplomatic cables release in 2010.

So far, there is no publicly searchable database of Panama Papers, although some media outlets have uploaded specific documents to Document Cloud. According to some reports, the ICIJ plans to make at least some of the database public within the next month or so, but the organization doesn’t want to release records that might implicate innocent people.

WikiLeaks also used media partners to help verify and curate its diplomatic cable and other leaks. Much like WikiLeaks did by using the Guardian, Die Zeit and the New York Times, the distributed nature of the ICIJ project makes it harder for governments to retaliate against specific outlets.

One interesting aspect of the ICIJ project is that while it involves more than 100 media partners around the world, very few of them are located in the United States. The only American media entities are the McClatchy chain of newspapers — including the Miami Herald and the Charlotte Observer — and the Univision network with its online offshoot Fusion, which has reported on the project.

A number of media industry watchers have noted the absence of prominent U.S. outlets such as the New York Times, the Washington Post or the Wall Street Journal. Did they decline to participate, or were they not invited to do so? Coverage of the leak and its implications has been sparse or non-existent in those publications.

It could be that U.S. publications simply aren’t that interested in the Panama Papers database because it doesn’t implicate any high-ranking officials. So far, there haven’t been any bombshells about U.S. involvement, although the online editor of Suddeutsche Zeitung suggested in a tweet on Sunday that more information is coming soon. (NYT public editor Margaret Sullivan wrote about why the paper didn’t have more on the leaks).

The ICIJ hasn’t commented on why it chose certain media companies to work with on the project and not others (I’ve asked several senior executives of the organization for comment, as well as the New York Times, and I’ll update this post if and when I get a response). Some have speculated that it could be because the ICIJ and CPI want the limelight to themselves, especially since the CPI has been struggling financially.

Some insiders say the ICIJ chose not to work with certain large U.S. media companies like the New York Times because they don’t co-operate well on big stories. In a blog post about one of its previous offshore leak projects, the organization noted that the media outlets it chose to work with “are team players and are willing to share their work with other colleagues around the world.”

In a comment to Mashable, ICIJ deputy director Marina Walker said that some U.S. publications were not invited to be part of the project because “openness to collaboration was essential.” But she said this wouldn’t preclude working with the New York Times or Washington Post now that the leak project has been made public.

There are also some conspiracy theories floating around about the lack of U.S. involvement. Craig Murray, a former British ambassador to Uzbekistan, suggested in a blog post that large Western media entities aren’t involved because the ICIJ and its parent are funded by prominent U.S. organizations, such as the Ford Foundation and financier George Soros.

Meanwhile, the Panamanian documents have triggered a number of major news stories in several different countries. The prime minister of Iceland is under fire for having an offshore company that held banking assets during a time when the country’s financial sector was going through allegations of fraud and poor regulation. He walked out of a recent interview when the subject was brought up.

The documents also show that a number of holding companies with about $2 billion in assets are connected to a network of associates of Russian president Vladimir Putin, although the Russian government has rejected the suggestion of any impropriety.

Others implicated in the investigation include the presidents of Ukraine and Pakistan. Chinese leader Xi Jinping also appears to be connected to a number of holding companies as a way of avoiding tax, and so is British prime minister David Cameron, whose father appears to have used an offshore corporation to do so. Cameron has campaigned publicly against the avoidance of tax through similar means. 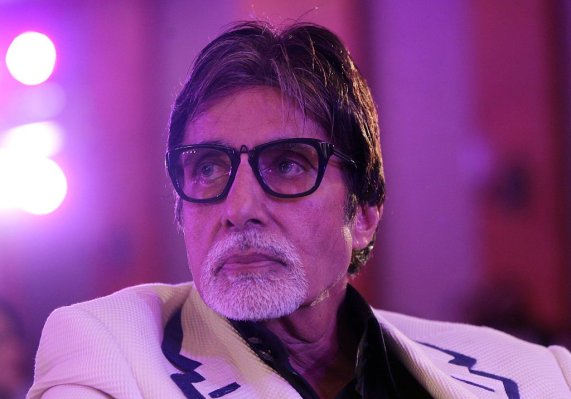