Air France planes are parked on the tarmac of the Paris Charles de Gaulle airport, in Roissy, near Paris, Sept.15, 2014
Christophe Ena—AP
By Mark Rivett-Carnac

Air France will let female crew members opt out of flights to Tehran, after staff and unions challenged the airline’s request that female crew wear headscarves upon arrival in Iran.

“If, for personal reasons, they don’t want to wear the headscarf when they leave the plane,” said Gilles Gateau, Air France’s human-resources director, according to the BBC, “they would be reassigned to another destination.”

Union leaders said that Air France’s rule would force its employees to wear an “ostentatious religious sign,” which can be illegal in France. Female cabin crew were also asked to wear long-sleeved jackets and pants on the upcoming flights to Iran’s capital, which begin April 17.

The company said, however, that the headscarf rule is already in place for flights to Saudi Arabia. 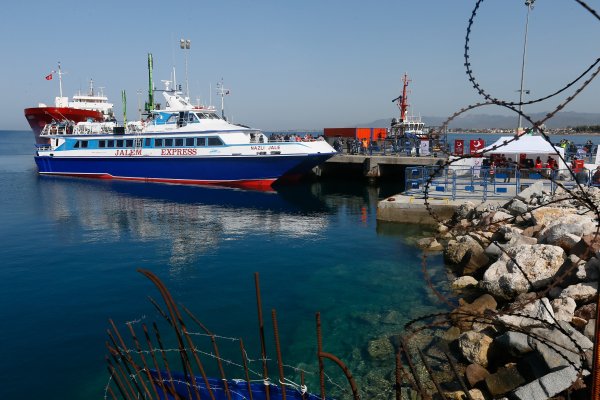 Deported Migrants Arrive in Turkey
Next Up: Editor's Pick