People look at a Tesla Motors vehicle on the showroom floor at the Dadeland Mall on February 19, 2014 in Miami, Florida.
Joe Raedle—Getty Images
By Kia Kokalitcheva / Fortune

Supplier shortages impacted Tesla Motors’ car deliveries this quarter, though the company still managed to deliver a total of 14,820 vehicles in the first quarter of 2016.

The electric car maker shipped 12,420 Model S vehicles and 2,400 Model X vehicles, it said on Monday, adding that it delivered almost 50% more cars this quarter than it did in the first quarter of last year. However, it still fell short of its prediction it will deliver 16,000 cars this cars. By comparison, Tesla delivered 17,478 vehicles to customers in the fourth quarter of 2015.

In the last few months, the company encountered issues with its production of the Model X, its electric SUV car. Because of part shortages, Tesla was forced to limit the production of the Model X for a period of time, before ramping it back up in the latter par to the quarter. By the end of March, it was up to producing 750 Model X cars per week, the company said in a statement.

Echoing co-founder and CEO Elon Musk’s comments during its January earnings call, Tesla blames its manufacturing issues on its “hubris in adding far too much new technology to the Model X in version 1, insufficient supplier capability validation, and Tesla not having broad enough internal capability to manufacture the parts in-house.”

Nevertheless, the company says it’s still on track to deliver 80,000 to 90,000 cars to customers by the end of 2016, in line with its previous expectations for the year. It also unveiled its newest car, the Model 3, on time last week. 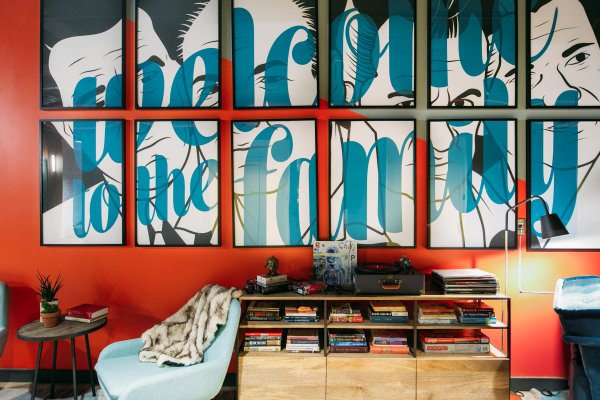 Inside the NYC Building That Offers Nirvana for Millennials
Next Up: Editor's Pick