A construction worker posted a photo of himself beside a Mexican flag hung atop the Trump International Hotel & Tower Vancouver, saying he put it there to draw attention to the many Mexicans who he says helped build it.

“Why did I put a Mexican flag on the roof top of Trump Tower Vancouver, ??????” Diego Saul Reyna wrote on Facebook. “Because from the concrete pouring, finishing, drywall, taping, wood forming and general labour, Mexicans were there, building it, doing good work, the comments Trump has made about us, did not stop us from doing the high quality work we have always done, in our home country or when we migrate to the US/Canada.”

Reyna is a steel framer by trade according to The Huffington Post Canada, but he did not actually work on the building himself—he says he has a number of Mexican and Muslim friends who did, and that they expressed to him “their frustration, their anger and their hurt” over comments Trump has made disparaging Mexicans as rapists and Muslims as a group to be temporarily banned from entering the U.S. Since they couldn’t say anything because of their employment on the project, he decided to say it for them.

Holborn Group, which owns the building, said it would not comment on the stunt or matters relating to American politics, according to the CBC.

The flag was reportedly put up on Saturday and removed by Sunday morning. 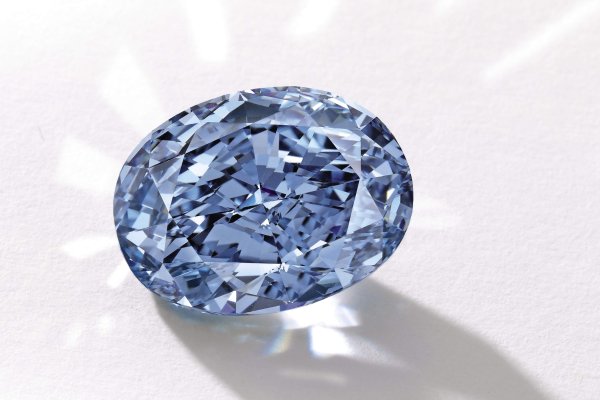 Rare Blue Diamond Could Sell for Over $30 Million at Auction
Next Up: Editor's Pick