It is a truth universally acknowledged that a soon-to-be-single man in possession of a good fortune must be in want of hiding most of it from his wife.

This tiny adjustment to Jane Austen’s words was one of the conclusions that most surprised the International Consortium of Investigative Journalists when a trove of files from the global law firm Mossack Fonseca was leaked, leading to stories around the world about the money laundering practices of the rich and famous.

One of the specialties of Mossack Fonseca is helping clients incorporate companies in certain countries, usually those with open financial regulations and not very open-eyed financial oversight.

The Panama Papers, as the Mossack Fonseca leak has become known, suggest that, sometimes, well before divorce papers are even written, gallant billionaire husbands (it’s usually husbands, although at least one wife has been named) begin to place their assets in complicated trust funds. These funds are held by off-shore shell companies as a way of creating a unnavigable maze for any spouses, attorneys or forensic accountants who wish to find out how much money a person is really worth.

While their methods may be elaborate, the sentiment is very basic and at the heart of many a kindergarten fight: these people don’t wish to share.

One of the unmasked billionaires was Monte Carlo-based, Russian-born Dmitri Rybolovlev, who made a fortune in fertilizer that amounted to an estimated $8.5 billion. His divorce from his wife of 20 years, Elena, was not just front-page news in Switzerland, where she lives, but around the world, because of the money involved, the intense wrangling over how the assets would be divided and his remarkable similarity to a Bond villain.

Emails sent to Mossack Fonseca revealed that Rybolovlev was using one of the holding companies that the firm set up for him in the British Virgin Islands to quietly move assets—millions of dollars worth of art and Louis XVI-style furniture—out of Switzerland and into Singapore and London. Because Rybolovlev owned all the shares in that company, his wife was unable to get access to them once they were overseas.

(Rybolovleva was initially awarded $4.5 billion, which was later reduced to $600 million before she accepted an undisclosed settlement.)

Another Mossack Fonseca internal email spoke of a client, “a Dutch man married to a Dutch lady,” who was living in the Netherlands but wanted to protect part of his assets against “the unpleasant results of a divorce (on the horizon!)” The email goes on to ask about the possibility of using a “vintage foundation” to keep the wife from having access to said assets as a creditor.

Read More: Here are the international figures tied to the Panama Papers

But the most surprising thing about all these shenanigans is that they seem so unprofessional.

In business, it’s often considered much smarter to pay a little extra money to get out of a bad deal fast and with minimal fuss. Successful businesses regularly pay out contracts of executives for whom they have no further use. Banks will take pennies on the dollar if a loan has gone really bad. Insurance companies will settle rather than going to court. Even the most ruthless landlords are often not above buying out tenants.

But there’s a special sort of enraged blindness that seems to strike ex-spouses, who simply cannot bear that any money should go to the person that they most despise, even if that means a long, drawn out and expensive conflict, which has a negative impact on their kids, their mood and, as in this case, their public standing.

One judge in a case in which Mossack Fonseca was involved took a billionaire husband to task for his arguments in a divorce proceeding, which the judge called “an elaborate charade” that was “founded on concealment and misrepresentation,” the point of which was to satisfy the desire “to vanquish [his ex-wife] financially.”

As almost any divorce attorney could attest, when it comes to ending a marriage, it’s not just business. It’s extremely personal. 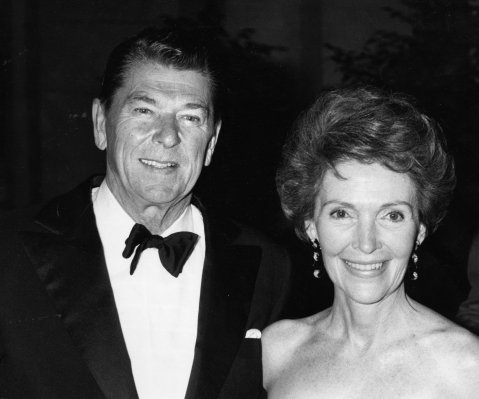 7 Marriage Lessons From the Reagans
Next Up: Editor's Pick