The Panama Papers Could Lead to Capitalism's Great Crisis

It’s hard to know where to start in tallying up the explosive revelations in the Panama Papers, an analysis of leaked documents from global law firm Mossack Fonseca revealed by the International Consortium of Investigative Journalists (ICIJ). Yes, we’ve known for a while now that the shadow financial system was growing. But it’s another thing to take in 11.5 million documents showing the way in which Mossack Fonseca was working with big name financial groups like UBS, HSBC, Société Générale, and many others to help elites from the Communist Party leadership of China, to soccer star Lionel Messi, to global financiers hide cash in offshore havens around the world.

It’s just the tip of a much bigger iceberg. “The size of the leak is unprecedented, but the tricks Mossack Fonseca has allegedly used for its clients are neither new nor surprising. Anonymous shell companies and the failure of governments to require lawyers, corporate service companies, or banks to collect beneficial ownership information on clients leave the door wide open for dirty money to flow around the globe virtually unhindered,” says Heather Lowe, the Director of Government Affairs for Global Financial Integrity, a Washington DC-based consultancy.

To me, this is one of the key issues at work in the U.S. presidential election. Voters know at a gut level that our system of global capitalism is working mainly for the 1 %, not the 99 %. That’s a large part of why both Sanders and Trump have done well, because they tap into that truth, albeit in different ways. The Panama Papers illuminate a key aspect of why the system isn’t working–because globalization has allowed the capital and assets of the 1 % (be they individuals or corporations) to travel freely, while those of the 99 % cannot. Globalization is supposed to be about the free movement of people, goods, and capital. But in fact, the system is set up to enable that mobility mainly for the rich (or for large corporations). The result is global tax evasion, the offshoring of labor, and an elite that flies 35,000 feet over the problems of nation states and the tax payers within them.

Where do we go from here? I think we’re heading towards a root to branch re-evaluation of how our market system works–and doesn’t work. The debate over free trade is part of that re-evaluation. The calls for a global campaign against tax evasion are, too. I think there will also be intense scrutiny about the ease with which financial capital can move around the world – we’ve already seen that with the hoopla over tax inversions, but we’ll see a lot more backlash, in new areas.

“I expect that the populist backlash will be intense and will impact everything from high-end real estate to PACs (effectively political shell companies),” says one of my favorite sources, Peter Atwater, a behavioral economist. “Voters are increasingly angry at the seeming transience of the financial/corporate/political elite. The 1% can move anywhere they want—and profit handsomely from the relocation, but the 99% can’t. Worse, the 99% are left with the aftermath—the empty buildings of a deserted Detroit, the toxic waste from chemical plants in West Virginia or the unsustainable tax liabilities of Puerto Rico.”

Fixing all this is a growth issue, and not just for the U.S. and other rich countries. As Global Financial Integrity recently found, developing economies lost $7.8 trillion in cash because of maneuvers like those allegedly done by Mossack Fonseca, between 2004 and 2013. What’s more, illicit outflows are increasing at a rate of 6.5 % a year—twice the rate of GDP growth. At a time when most emerging markets are slowing, and are the reason for the drag on global economic growth that smart people say could cause another recession by this year or next, it’s an issue that we all need to care about. 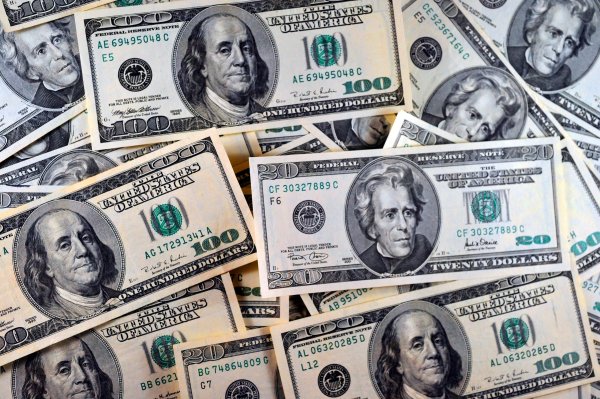 Here's Another Sign a Recession Is Coming
Next Up: Editor's Pick