Homer makes it his mission to find Mr. Smithers a boyfriend in the April 3, 2016 episode “The Burns Cage” of "The Simpsons."
FOX
By Daniel D'Addario

The Simpsons made another one of its late-period, seemingly random shifts in narrative on Sunday night by making Waylon Smithers, whose glass-closet homosexuality has been one of the show’s longest running gags, come out.

Or, sort of: He sang a song about his thwarted love for his boss, nuclear-plant magnate Mr. Burns, which Homer overheard before contriving to set Smithers up with a nice guy. At least one reaction to the episode has argued that Smithers’ not coming out (in the sense of saying aloud that he was gay) was a major misstep, but I’d argue that stopping the entire episode for Smithers to deliver a speech would have been just about the only thing that could have made it more empty-calorie sentimental.

The episode of The Simpsons sought to win citizenship points for expressing a good and laudable point-of-view: If more people believed that gay people deserve to be treated as equal to the rest of humanity, the world would be a lovely place! But there was little tension in this saggy, baggy episode of television, and less humor. Homer and Marge, opening their home to a gay mixer for Smithers’s benefit, had no opinion of anything that happened in the episode other than that it was all wonderful. None of the guests get anything to say; the show’s take on as easy a target as the gay-dating app Grindr is to acknowledge that it exists.

And the episode’s fundamental lack of imagination about ways to portray gay life onscreen can be summed up with one detail: The guy Smithers ends up with is a fiery, lispy Latin bartender cut from the same cloth as Simpsons star Hank Azaria’s character in the 1996 movie The Birdcage. If you’re in need of a second, George Takei was a guest star, playing himself.

The Simpsons, in its 27th season, wants to change with the times—as, after all, it always has. Sometimes it’s just to shake up the narrative, as when Marge’s sister Patty came out as a lesbian or when Ned Flanders was widowed. But then, tropes that were acceptable when it began in 1989 came to feel almost too uncomfortable to be broadcast later on. The Indian convenience-store proprietor Apu, for instance, was based on broad racial humor at first. But later, episodes in the fifth and seventh season helped situate him as both a person with real ideas and traits outside of his race and, as an immigrant during the rising tides of 1990s right-wing paranoia, a person subject to changing political tides.

This is the sort of thing The Simpsons, during what we can acknowledge as its best years, did particularly well: Place established characters into conversation with the mores of the day. Sideshow Bob running for mayor as the candidate of a goofily exaggerated Limbaugh-era Republican Party was one example; Homer meeting a new gay friend (played by John Waters!) and coming to terms with his own disdain for gay people was another. That episode was willing to court real danger and offense in its depiction of Homer’s bald antigay aggression—and its concluding moment of acceptance felt really earned.

Granted, it was hard to figure out quite how this ought to have been handled. In recent years, Smithers has seemed at times like a bit of a rude gay joke; his fringe-y obsession with Mr. Burns was his only reason to exist, while even Principal Skinner had a richly drawn (if, yes, cartoonish) inner life. But one wonders if that isn’t preferable, on a show that’s a comedy, to a smooth and airless acceptance with absolutely no comic point-of-view. After having been set up with a boyfriend by Homer and Marge, Smithers ends up getting the one thing he’s always wanted: Approval from Mr. Burns.

It’s sweet as a grace note could be on a show that’s stayed long enough at the party that any barbs about gay people may be too risky to be worthwhile, but it’s also, to quote the opening sequence this week, “meh.” On a show whose father figure is a buffoon out-of-step with polite society, uncomplicated enlightenment isn’t just unrealistic: It’s bad for comedy. 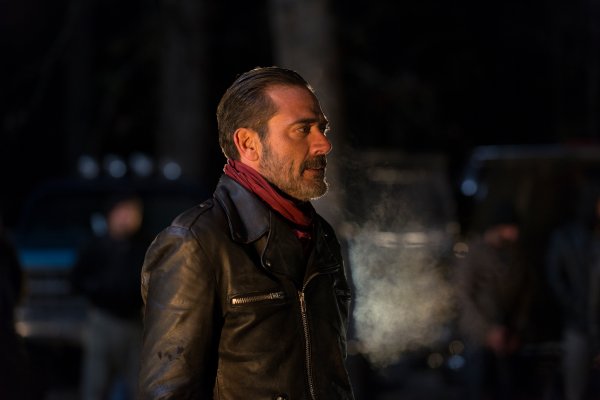 Here's Why The Walking Dead Fans Are Annoyed About That Cliffhanger
Next Up: Editor's Pick