Here's Why The Walking Dead Fans Are Annoyed About That Cliffhanger

The Walking Dead’s sixth season finale, “Last Day on Earth,” aired Sunday and ended with the AMC drama’s (arguably) biggest cliffhanger yet. However, after a season spent teasing the death of a major character at the hands of the villainous Negan, many viewers weren’t pleased with the inconclusive final scene.

As the episode drew to a close, the leader of the Saviors had Rick and almost every other key Alexandrian right where he wanted them, kneeling at his feet. The only question left was which hero would be the one to meet their end at the hands of Negan and Lucille, his infamous barbwire-covered baseball bat. And someone did die before the scene cut to black, but thanks to some camera angle trickery, fans were still left wondering who.

Executive producers Scott M. Gimple and Robert Kirkman appeared on Talking Dead immediately following the show and spoke about the cliffhanger, claiming it was setting up a larger storyline that would be explored next season. “The cliffhanger isn’t the story,” Kirkman said, according to Entertainment Weekly. “The story of the episode, and Scott and Matt Negrete did such a great job of setting up how confident Rick was going into this. This episode is about the loss of that confidence. It’s about changing that mindset. It’s about tearing Rick Grimes down and that’s the conclusion of this story. So while it does seem like a cliffhanger, that’s the conclusion. And the story of who died, the story of what comes next, of who Negan killed, of what comes after that, that’s really the story of season 7.”

However, many fans still felt dissatisfied, taking to social media to voice their complaints. 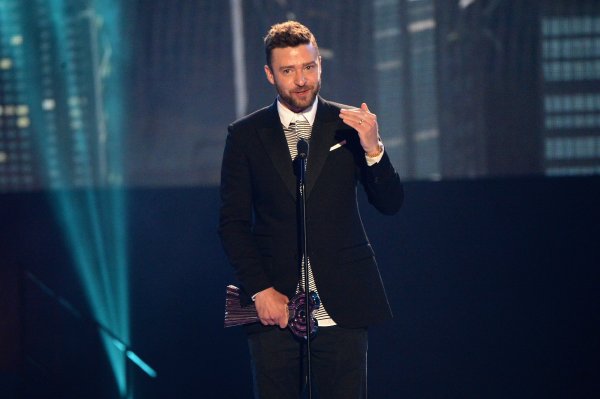 Watch Justin Timberlake Deliver a Zinger About Donald Trump at the iHeartRadio Music Awards
Next Up: Editor's Pick