Justin Timberlake appeared at Sunday’s iHeartRadio Music Awards to present Taylor Swift with the award for Best Tour, but used the platform to take a playful jab at Republican presidential candidate Donald Trump.

Timberlake praised Swift for her artistry, talent, and determination to break down barriers. “Some people are trying to build walls,” he said, referencing Trump’s stance on immigration. “We ain’t out here naming no names. That was a political joke.”

The crowd erupted into laughter to which Timberlake responded, “Shut up. You can’t even vote. I’m kidding!”

He then brought it back to Swift’s success: “Taylor chooses to knock down walls and invite everyone to be on her #squad.”

After the show, Swift posted a photo with Timberlake and wrote, “Hero status, friend status, all time fav status. @justintimberlake thank you for absolutely everything.”

See his whole speech below. 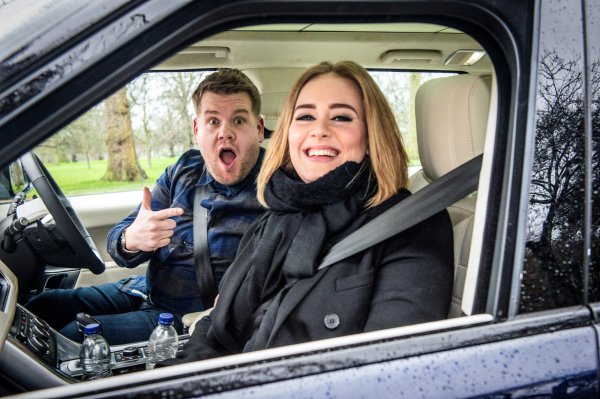